Opinion: Tsunami in the Kingdom of Saudi Arabia 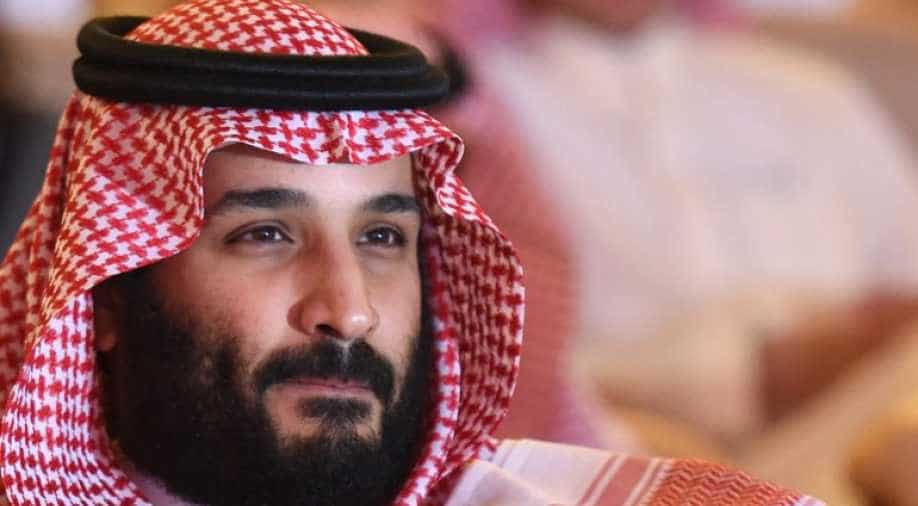 The tectonic changes taking place in the Kingdom of Saudi Arabia have left most, if not all, political and diplomatic pundits aghast. This is no Arab Spring – this is a sandy tsunami that too generated internally, without apparent cause, and probably with little local impulsion. Whoever felt that change is not possible by one man, the person then obviously has not run across the likes of Crown Prince Mohammed bin Salman, MBS for short. Recent events also provide ample evidence that King Salman, his father representing the old guard, is now a mere titular head – the actual paradigm shift is towards the new generation, represented by MBS.

The uppermost question now in everyone’s mind is, will he be able to sustain this frenetic pace? Where did his motivation come from – he is a sabra, having done his graduation from King Saud University; he is not one of the foreign-educated princes who might have been influenced by the so-called ‘democratic principles’ of the free world. Most other princes have been more than affected by corrupt practices and power play.  Therefore, it is all the more amazing to see this young, locally-educated prince expounding major visionary changes for his country – veering it away from the single oil-based industry, to a more innovative economy.

One thing is certain, and I say this from personal experience, you never can predict what goes on in the Arab mind. Years ago, in late 1990, just prior to the First Gulf War, I was seated at dinner with some Indian friends. Having just joined as the new Indian Military Attaché, and with war clouds on the horizon, it was but natural for the conversation to veer around to that. “So, tell us Colonel, is war likely, and do we stay back or leave?”.

Commanding all my years of military experience, and seeing what the Coalition Forces had arrayed against the Iraqis, I grandly said, “No way – there will be no war. The Americans will tuck their tails and run; they don’t want to see any more body bags and, the Iraqis will realise they will get clobbered if the Americans do stay and fight”. The war started the very next morning, leaving me red in the face; so much for my understanding of the Middle East.

Lesson No 1, nothing is obvious or logical where the Arab mind is concerned. Lesson No 2 was that oil and greed were far greater motivators than principled behavior and, that it was legit to even cook up tales of ‘WMDs in vast numbers’,  of ‘ruthless dictatorships’ and such like drivel, to achieve their goal of area domination.

Where is the freedom and democracy that was promised – sadly the only educated, historically and culturally rich societies of Iraq, Syria and Iran were destroyed beyond repair or destabilised to such extent, that the battle goes on till this day. The US has always stood by the dictators, particularly, when it suited their national interests of controlling the source of energy supply and, once done, the same leaders become pariahs. Pure economics and self-interest, there had been no concern for the nations or their citizens.

Coming back to young MBS and his vision of a grand and modern Saudi Arabia. How has he been able to achieve all this in the face of opposition from the established order – his uncles, the royal princes, and the clergy? The Saudi National Guards (SANG)W, an elite and best-equipped force, was the fief of late King Abdullah bin Saud, and this mantle passed on to his son, Mitteb bin Abdullah.

SANG consists of Bedouin stock and are intensely loyal to their roots and to the royal household. No usurper (and MBS was certainly one) could have changed their loyalty; so, how did he manage to stage a ‘palace coup’ against Prince Mitteb, and still attract their loyalty? How was Prince Muqqrin bin Saud, his uncle and heir apparent, sidelined? I met Prince Muqqrin, Governor of Hail Province, in 1992 during my tenure in Saudi Arabia – a British trained fighter pilot, he seemed to be fairly modern in his outlooks, and fitted-in into the natural hierarchal change in this orthodox society.

Same goes for the Royal Saudi Land, Sea & Air Forces (SNLF), which come under Prince MBS, as Minister of Defence. A largely chocolate cream bunch of overweight and paunchy soldiers and leaders, SNLF was propped up merely for the cause of providing jobs and for defending the nation – but not in any real or serious way.

For the serious bit, Saudi oil assets and petrodollars bought the presence of the US, Western Forces and even an Armored Brigade from Pakistan. So suspicious were the royals of their own military, that if the armoured brigade was stationed in Tabuk (Northern Saudi Arabia), tank ammunition was kept thousands of miles to the South at Al Kharj (Near Riyadh); furthermore, keys to the depot were always with a royal!

In the recent tsunami, this ceremonial military too has been struck by an awesome sandstorm. The Joint Chiefs of Staff (General Abdul Rahman bin Saleh al-Bunyan) has been sacked and replaced by First Lieutenant General Fayyad bin Hamed al-Ruwayli. Senior hierarchy of the Defence Ministry has been removed, and a woman, Tammadur bint Youssef al-Ramah (name suggests she is a commoner) appointed as Deputy Defence Minister. Holy Moses – such a step was totally unthinkable, and  conservatives must be turning in their graves.

Probable reason for this massive reshuffle is the poor performance of the forces in their fight against the Houthis in Yemen. Latter have struck Saudi land, sea and air assets with virtual impunity. Naturally, this has been upsetting for MBS and the Kingdom, having pumped in billions of dollars in arms purchases – the expected Return on Investment (ROI) has been zilch. Though the Saudis have been quick to dismiss adverse war results as the cause, it is most likely the underlying reason.

There is another fear ever-present amongst the royals – that of a military coup. It is for that reason they have tolerated the un-Islamic presence of US troops, as also a sizeable Pakistani military contingent, willingly given by the latter as quid pro quo for the financial lifeline assured by Saudi Arabia. By removing the top hierarchy, Prince MBS has consolidated his position.  But he is “riding a tiger” and time will tell if he can get off without being eaten.