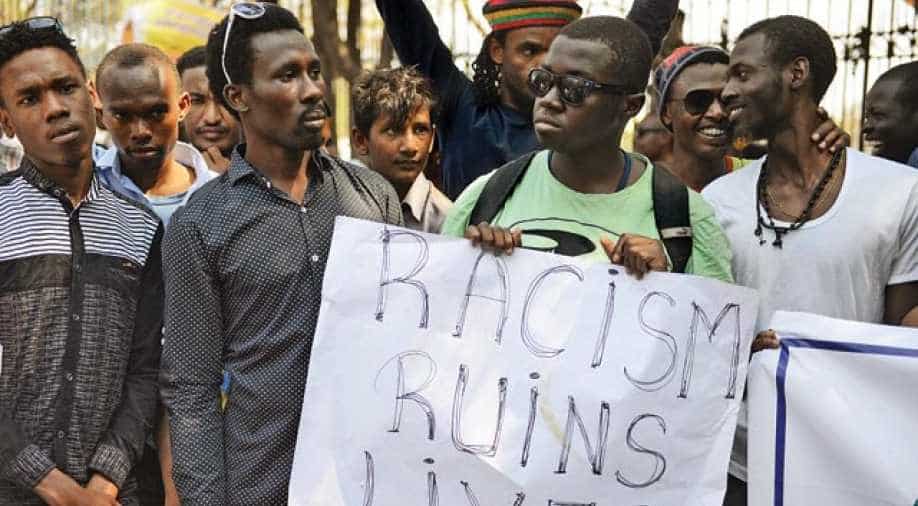 The recent news of Tina Fontaine’s trial and the acquittal of Gerald Stanley, a white farmer accused of killing a young Indigenous man, Colten Boushie, of the Red Pheasant First Nation are examples of the Canadian legal system’s commitment to the Indian Act and colonial dominance.

This ongoing colonial dominance has a transgenerational trauma impact on the health of Indigenous and colonized peoples.

Two recent examples that indicate the kind of violence that Black people experience: A school that allowed police to shackle a Black six-year old girl’s wrists and ankles; a children’s aid system that put a child refugee from Somalia into foster care yet never applied for his Canadian citizenship, so years later he received deportation orders to a country where he does not speak the language.

The impact of this colonialism and anti-Black racism on the health of Black and Indigenous peoples is elongated and insidious. We navigate systems, structures and communities that perpetuate abhorrence towards us in all aspects of our lives.

Experiencing and fighting such systems for justice for our children, ourselves and our community members has devastating effects on our health.

As a health and human rights researcher, therapist and professor who has explored the deep implications of racism, I would like to share some insights into the impacts of racism on our health.

My hope is that by doing so I create dialogue and encourage communities to continue to voice their experiences of violence and racism — in order to demand changes and ultimately create more supports.

Violence is a continuum

The statistics, usually presented by state authorities, come without context or consideration to the broad range of causes — one of which is the continued exposure to state violence on a daily basis.

We have anecdotal evidence: We see loved ones, friends, ourselves and respected community leaders struggle with the emotional and physiological impacts of racism on a daily basis. While anti-Black racism’s effect on the health of Black communities is documented, studies from the U.S. are more illustrative.

In a 1997 to 2003 study on racial discrimination and breast cancer in U.S. Black women, researchers found that perceived experiences of racism resulted in increased incidents of breast cancer, especially among young Black women. In 2011, a pivotal study on the impact of racism on health scholars linked lifetime experiences of discrimination to higher prevalence of hypertension in African Americans.

These are just a few examples of some studies being done on the impact of racism on health. However, most studies have been conducted in the U.S., the U.K., New Zealand and Australia. Canada does not yet collect race-based health or experiences of racism on health data through any formal mechanism. This poses a problem when scholars are asked to produce “scientific data” to prove that racism impacts health inequities and disparities. How do you provide “statistically significant evidence” on the impact of anti-Black racism when systemic issues limits your access to collecting this same data? My future research proposes to support the collection of increased health data on the impact of anti-Black racism in Canada and globally.

In Black communities no one is immune from racism — from our unborn to our school age children to our elderly. Consciously and unconsciously our health becomes obstructed.

The impact on health intensifies for those in Black communities who are women, working class, lesbian, gay, bisexual or trans (LGBT), dis(abled), refugees or newcomers. Here, the combination of oppressions creates additional stress on mental and physical health and well-being. I call this intersectional violence.

For example, the massacre of Muslims in a Québec mosque and anti-Islam policies continue to further impact the health of marginalized, often surveilled communities. Two victims of the Québec massacre were Black. This fact is hardly mentioned. This is an example of anti-Black racism within communities of colour.

Health impacts from anti-Black racism and anti-Indigeneity are often dismissed or kept silent by health scholars and health-care workers. The findings challenge the illegitimacy of systems of dominance and question the humaneness and accountability of colonial power. As such, research on the health impact of anti-Black racism is underfunded and under researched.

The “realness” of health impacts related to racism interrupts narratives of the “disadvantaged,” the “poor,” the “lazy” and the “needy.” Such stereotypes re-victimize and further aggregate health inequities. Yet understanding racism as a determinant of health is important to understanding economic and social barriers to success.

When we fail to address the real impact of racism on Black communities’ health, we not only lose our community members to often preventable disease, illness, institutionalization and ultimately death, we also lose our opportunity for redress and to energetically participate in transnational anti-oppression movements.

Experiencing racism throughout our lifespan can overwhelm our health functionality. Repetitive acts of untreated trauma and violence lead to debilitating health issues.

The impact of anti-Black racism within our educational system is well documented by our lived experiences and “unexplained” drop-out rates. The effect of prolonged injustice from junior kindergarten through to post-secondary education, can lead to exacerbated health conditions.

The under-recruiting and under-hiring of African/Black and Indigenous peoples in medicine, psychology, education, health and in academia directly affects the impact of racism on these same communities.

Adversely, the over-hiring of African/Black community members as personal support workers, health aids and child care workers with little opportunity to move into positions of power in these fields directly establishes a division between the “helper” and “the helped,” resembling enslavement roles where Africans served whites while living in conditions that gravely impacted their own health.

The impact of the over-representation of our children in state care on the health of Black families due to separation and transgenerational trauma is never measured.

As our children and elders endure acts of violence during vulnerable times in their lives, without protection or support, their grief response becomes hidden or dissociated. This leads to challenges in seeking and receiving health care which increases despairing health results.

The myth that Black people do not seek mental health therapy comes from a falsified notion of “super resiliency” instead of the reality of under-funded and purposely delayed services that prevent health and wellness in our communities. This leads to many community members suffering and seeking services in silence and isolation.

The burden on Black and colonized folks’ bodies, minds, spirits, health and wellness is all-encompassing.

Having a provincial anti-racism directorate and local Toronto anti-Black racism action plan indicates a way forward. Much activism over many years resulted in these strategies getting put into action.

The directorate’s effectiveness will be measured in its implementation, the diversity of its members and its power to eliminate health disparities and address the health impacts of racism and violence on the daily lives of Black, Indigenous and racialized peoples.

Research funding needs to be increased. Universities need to hire scholars from communities who are directly impacted by racism and whose work address these health inequities — to support communities impacted by these same injustices.

What if the Afrocentric Alternative school, the only one in Canada, was well resourced and supported as a health strategy to combat the early stigmatization and violence experienced by school-aged Black children?

What if, in the case of the killing of the late Colten Boushie, the jury was not all white?

What if we looked to Black Live Matters as a public health racial justice movement trying to prevent further health atrocities?

What if we collected health data on the impact of racism - using both informal and formal research methods - empowered, developed and implemented by Black and colonized communities to create health equity programs and strategies to address our health disparities?