Opinion: On Obama, Trump, Air Force One and Jokes

Working together with the president on some important piece Photograph:( WION )

David Litt served from 2011 to 2016 as the special assistant to President Obama. He played a crucial role in the Obama presidency as the senior presidential speechwriter. He was the youngest to do in US history. Known as the comic muse for the US President, David is also known as the "Man Behind the President's Jokes".

WION took this opportunity to speak to David Litt who reflected on myriad topics from the role of jokes in politics to Trump, from Obama's iconic speeches to Air Force One.

WION:  You were just 24 years old when you started at the White House. How did you get to the speechwriter for Barack Obama?

Litt: I was one of the college students in 2008 who was energised by Barack Obama Campaign and after I graduated I moved to Ohio and worked at the state level at the campaigns and then I moved to Washington having no plans of becoming a speech writer, but then one thing led to another and then I  ended up getting a job at a firm writing speech for CEOs and other companies mostly private sector leaders.

Few years after that White House had the opening at the bottom of the ladder for a speechwriter to the senior staff. And they basically said- Hey if you want to apply for this job your references are pretty good, you are the only applicant. Why don't you come over to work at the White House and I was like- Yeah okay, that sounds pretty good. I can do that.

'Man Behind the President's Jokes' (WION)

Let's go a little backward and try and get to know the 'Man Behind Presidents Words' a little better.

WION: Where did you grow up? And how did it all started?

Litt: I grew up in New York City in Manhattan, and I was never incredibly politically active but my parents would talk about politics like the other people's parents talk about sports around at the dinner table, and I had never planned of being a political speechwriter but I did write a lot of comedy. So, I had done stand-up comedy when I was in High School, I edited a Humour Magazine when I was in college and that was the sort of entry that I had in writing. It turned out to be useful but I hadn't guessed that in advance. I never planned on being a writer professionally.

WION: What was your first President Obama moment?

Litt: First time I met President Obama was for a video where he was wishing America Happy Thanks Giving so it was not a big important video but for me, it was really important. I have never written anything like this. And we went to the taping to watch the President and right before the President started, the videographer she stopped and she turn(ed) to me and said- Mr. President, this is David and this is the first time that he has ever written for you.

President Obama turned to me and said: Well, how is it going for you, David?

And I have literally no idea of what I said. I literally blacked out. Like I don't remember what I told the President.

Later, I found out that it was (a) completely common occurrence. Like people would meet him and completely short circuit and not remember a word they said.

I guess it happened to the best of us something that we are not familiar.

WION: If I were to mention some of the most iconic speeches that Barack Obama made I would recall the speech on Race (relations) that he gave in 2008. Do you think he has more of a personal touch in his speeches, unlike other politicians?

Litt: I think the speech was very personal, I mean not exclusively. Many many speeches that President Obama gave was deeply personal.

WION: How has comedy been the tool of getting a political message out?

Litt: One of the things that I learned when I was in the White House and it becomes more true with time is that comedy is a great way of getting attention and it's harder to get peoples attention than ever before. You know with the Internet.

WION:  One interesting thing about President Obama was that he gave a lot of references about people in his speeches. You were meant to be talking to these people and getting the insights. What was that like?

Litt:  One of my favourite part of the job was to talk to people who were not in Washington DC; who were going to be mentioned by the President but they often didn't know that. So, I would talk to them, hear their stories and then we will pick people who were really inspiring. You know people who were demonstrating resilience of which all Americans can be proud of.

WION:  You have mentioned about "The Plane" in your book. How cool is it to be the one on "The Plane"?

Litt: Air Force One is just pretty awesome. I mean there is getting around that. There are lots of perks of the White House that wouldn't be as amazing as you think but Air Force is actually amazing. It wasn't even about the perks it was about being on Air Force One. More than the White House, in certain ways, Air Force One is the symbol of America...It's just really special. I do fly coach now. So yeah, I do miss that part of my job.

WION: What is the process of writing a comic speech for the President?

Litt: In someway jokes are not the highest stakes thing the President has got to do, in fact, it can be just opposite. But they (jokes) can be very difficult because in a joke every word needs to be exactly right. So we would get jokes from 12-13 people, we would give hundreds of ideas and cut that down to 40, and then work with the President to pick with him the one he likes the most.

President Obama in addition to being a funny guy in person is amazing in delivering a joke on stage. So he made us look good which you know was pretty nice.

WION: Tell us about two of the best memories while working for the White House?

Litt: That's a difficult question because there are so many things.

One of the best memory that I have is the first day I walked through the gate. The feeling of saying, wait is it really me in here? It was impossible not to have that going through in my head.

The other moment was when President Obama gave one of his best speeches, most important speeches that I think, was when he spoke for the victims of Mass Shooting in Charlottesville... at the same day the Supreme Court ruled in favour of marriage equality, so gays and lesbians could get married nationwide, and also a day before (the) Supreme Court upheld the Healthcare law. All three of those things combined people from all over Washington. (They) started coming to the White House and White House was lit up in the colour of a rainbow. You see a little progress every time and you see that your country is a lot better place in the evening than it was in the morning. That is pretty amazing to be a part off.

WION: What were some of the challenges of writing speeches for one of the most powerful men on this planet?

Litt: People constantly criticising of what you write though they don't know that you are writing it. And also you have people who are always taking words out of context. I mean that is politics. And it is then when you have to constantly look over your shoulder while writing, which is hard.

WION: What was the thing that you loved most about working with President Obama?

Litt:  What I loved working with President Obama was to be a chance to be a part of these moments. To play even the smallest role in somebody's kid getting a healthcare when they needed or somebody feeling that their story is becoming a part of the American story that they never thought it would be. Just to be one of many many people contributing to that was a very very good feeling.  And I really do miss that.

WION: What were your fear while writing for the President?

Litt: My biggest fear was making a mistake that would make my Boss Look bad. You know if he looked bad it will be a national news may be not just in the US, it could be international news. So the stakes were just so much higher. The job was similar but the consequences of the mistakes were not just the same.

WION: What do you think will be the most difficult part to deal while writing for President Trump?

Litt: One of the things that I learnt was that the words are important but what is more imp is the ideas behind it. Most difficult part for me to write for Donald Trump would be the world of his ideas which I do not agree with as it is contrary to everything America stood for since the beginning of the US. And so the speechwriting thing would be difficult and I wouldn't be taking up the job is that there is something fundamentally wrong with the way he views the US.

WION: In this age of social media where the Twitter rules, what is the relevance of a speech?

Litt:  I think the speeches that the President gives will always matter. What might matter is the day to day speaking that the President would do. But I think in big moments like State of the Union or in times of Crisis, people want to hear from the President. People want to hear from there leaders. And I think that is still true even in a social media age. And people sill want this stability and the depth of understanding that you only can get through a speech; you can't really get through a tweet. 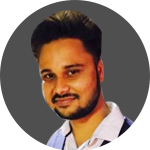 Praphul Singh is a producer at WION.