Opinion: How dangerous are drones in terrorist hands 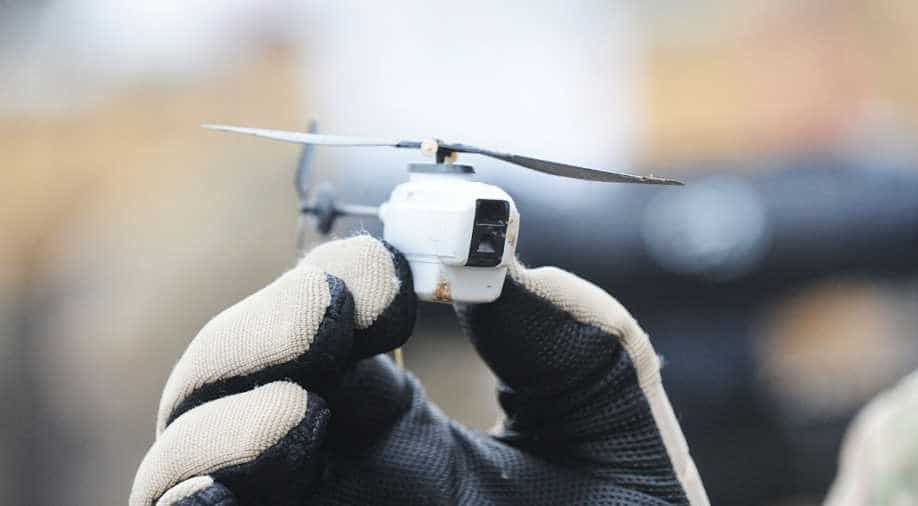 The global forces are operating these machines which are as small as 16gm Black Hornet Nano (a US made UAV) to a massive 40 feet Wingspan Global Hawk UAV which is even bigger than most commercial airliners. Photograph:( Others )

Around 202 BC in China, a Han dynasty general had flown kites to scare the enemy with the sound of it. In the seventeenth century in India,  Shivaji used kites to scale the walls of an enemy fortress. In 1855, a Russian admiral Sir Arthur Cochrane used 12 feet long heavy kites to tow the torpedoes to the enemy boats. Later in the US, Russia and Europe, kites were used to lift humans, deliver messages, drop bombs and explosives over the enemy.

Since then, things have not changed much except that the kites of those times have been replaced by technically advanced drones or Unmanned Aerial Vehicles (UAVs) or, we can also call them, Flying War Robots. The ultra-expensive, man-dependent, heavy military aircrafts have a cheaper, reliable and much more effective replacement available now.

Lightweight drones can now easily defy the territorial boundaries to conduct intelligence, reconnaissance and surveillance missions.  They can perform artillery observations, delivery of material and even precision attacks. Their technical advances in terms of greater autonomy, use of Artificial Intelligence and swarming capabilities make the scenario much more threatening. The global forces are operating these machines which are as small as 16gm Black Hornet Nano (a US made UAV) to a massive 40 feet Wingspan Global Hawk UAV which is even bigger than most commercial airliners.

In the last decade, we saw extensive use of drones by America for the bombing operations in the Middle East, Afghanistan and Pakistan and they proved to be damn effective. With the least possibility of being detected as they fly at very high altitudes, these steel birds can attack their target with ultra-precision and achieve desired results.

In such a scenario, the million-dollar question is: do these birds really have a strategic implication? The answer is a clear yes. They are just not an example of technical innovation, they are an offensive alternative in the form of cheap, precision-guided vehicle capable of passing any security parameter and attacking nearly any military asset. They are today’s Kamikaze Pilots who can attack anywhere.

However, there is a serious concern. Its ok for us if they are being operated by good guys, but what if they fall into hands of Bad Guys?

In October 2016, coalition forces in Mosul found ISIS using drones in large number to drop grenades and explosives over Kurdish Forces as well as the coalition army. Sometimes, they were flying over a dozen missions at the same time. And the threat was so severe that the Mosul offensive was to be stalled for many days.

Since the markets are swarmed with cheap Chinese toys, terror attacks using these small birds cannot be ruled out even in India. A lone wolf can now effectively target even civilian assets like schools, hospitals and public gatherings to cause damage and spread terror.

In Indian scenario, we have a lot to worry. Some of the vehicles openly available in the market are for as low as 8000-10,000 Rupees. It can carry loads of a few kilograms. They can pack a lethal punch in themselves with a little improvisation. Moreover, there is no foolproof detection measure and at times, they are detected once they are within few meters of the target. Terrorists can effectively target our military establishments, parked aircrafts, ammunition and fuel dumps, strategic command centres, inflicting severe damage.

They cause serious economic concerns too. In January 2017, the US Forces had to shoot down an ISIS drone by using their $3 Million Patriot Missile. What a joke? What if such drones swarm the sky in a large number? Will any anti-missile defence withstand this? The answer is a clear no.

Several countries have started developing their own counter-measures against these machines. These range from Laser Shooting, Jamming Rifles, Electronic Counter Measures, Electro-Magnetic Pulse weapons and even live Eagles trained to take out smaller drones.

No matter whatsoever are the technological advances but still, we are far off from an effective countermeasure against these rogue birds, and we have no option but to find a solution at the earliest.