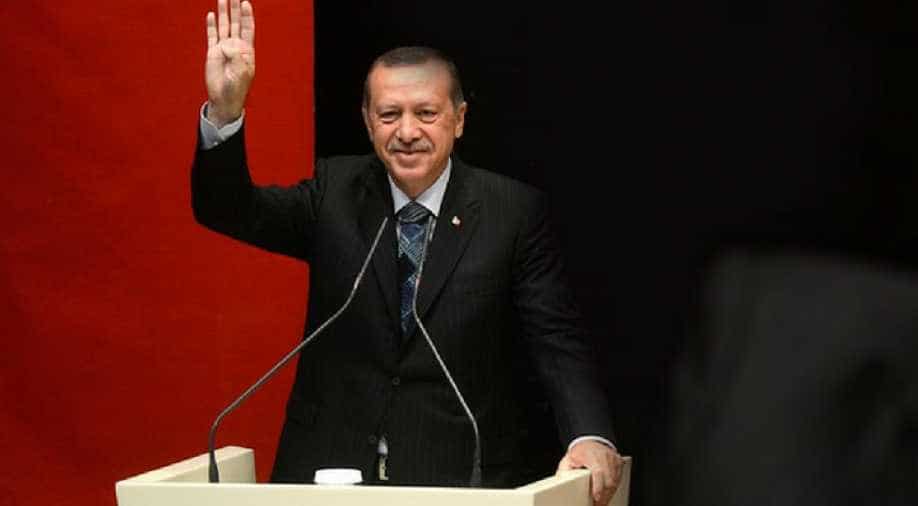 All around the world, democracy is looking shaky. While consolidated democracies are struggling to stay healthy, many flawed ones have turned into outright authoritarian regimes – most notably Russia under Vladimir Putin and Turkey under Recep Tayyip Erdoğan. But the news isn’t all bad: On several continents over the last decade, longstanding dictators have resigned, lost elections, or been deposed.

But has their demise led to any kind of democratic reform? It’s a mixed picture to say the least. While a handful of promising cases deserve praise, only a few of the dictatorships that have fallen in recent years have given way to lasting, stable democracies.

The 2010s began with tremendous optimism for the future of global democracy, reaching an apogee with the Arab Spring protests in 2011.

Across the Middle East and North Africa, several dictators fell in a row: After Tunisia’s Zine El Abidine Ben Ali of Tunisia and Egypt’s Hosni Mubarak, Muammar Gaddafi of Libya was toppled in a civil war. Fighting also erupted in Yemen, leading to the eventual flight of longtime strongman Ali Abdullah Saleh.

It seemed for a moment that in one fell swoop, a clutch of countries were suddenly shaking off authoritarianism at last. But with the exception of Tunisia – whose situation is still somewhat fragile – none of them have developed into democracies.

Egypt’s brief spell under the elected Muslim Brotherhood came to an end in 2013, when a military intervention brought General Abdel Fatteh al-Sisi to power. He remains president today, legitimised by largely meaningless elections. Libya is still a weak state beset by instability and violence Yemen has slipped into devastating conflict and humanitarian crisis.

Though protests exploded throughout the Middle East, only modest reforms took place elsewhere. And in Syria, the Assad regime’s crackdown on the 2011 protests helped spark a nightmarish conflict that has torn the country apart.

Iraq and Afghanistan, meanwhile, saw a change in leadership with the elections that forced Nouri al-Maliki and Hamid Karzai out of power. But neither country’s democracy has notably improved. Afghanistan is still authoritarian and unstable, and in Iraq, Maliki is still very powerful behind the scenes.

Latin America was home to a clutter of military dictatorships for decades, but since the mid-to-late 1980s, most of its countries have been flawed but functioning democracies.

The two notable holdouts were Venezuela under Hugo Chávez and Cuba under Fidel Castro – and in the last decade, the two have diverged considerably.

While Cuba has reformed a little under the rule of Fidel’s brother Raúl, who has now handed over to Miguel Díaz-Canal, Venezuela is falling apart under the dictatorial leadership of Chavez’s hand-picked successor, Nicolás Maduro. Other regimes in Latin America continue to hold free and fair elections, but struggle to uphold the rule of law.

In Asia, meanwhile, a few less-than-democratic countries have made strides towards reform, but most authoritarian regimes have stayed the same. Still, some reforms and resignations are noteworthy.

In the Caucasus, Armenia’s Serzh Sargsyan was recently forced to resign after mass protests against his rule. Almazbek Atambayev of Kyrgyzstan also stepped down after elections, the first peaceful handover of power in the country’s history.

In South-East Asia, most of the attention since 2015 has been on surprising events in Myanmar, when the military regime that ran the country for decades allowed open elections for the first time since 1990. Myanmar’s military government was oppressive even by authoritarian standards, so it was quite something to see it holding elections, releasing political prisoners and allowing more press freedom.

But the democratic transformation was short-lived. The regime has continued to violate the human rights of its minority groups, most notably the Rohingya minority, and civil liberties and press freedoms are in serious jeopardy.

One place where things are looking up for democracy is Sub-Saharan Africa. The last decade has seen the overall standing of democracy in Africa improve. In the early 1980s, only five countries in Africa could be considered democratic: Botswana, Gambia, Mauritius, Senegal and Zimbabwe.

The end of the Cold War saw the expansion of elections and civil liberties. But more recent years has seen the fall or peaceful resignation of important authoritarian figures, many of them old men who had clung on to power for decades.

Yahya Jammeh of the Gambia eventually fled the country in 2017 after he lost the presidential elections to the opposition. Blaise Compaoré of Burkina Faso resigned after political protests broke out in 2014, following nearly three decades in power.

José Eduardo dos Santos of Angola resigned after nearly 40 years in power (though he remains influential in Angolan politics). All three countries have become slightly more democratic as a result.

But the biggest tree felled in Africa was undoubtedly Zimbabwe’s Robert Mugabe. In his capacity as president since 1980, Mugabe had become increasingly dictatorial and brutal, and his misguided leadership plunged the country into chaos.

When he unceremoniously fired his vice-president Emmerson Mnangagwa at the end of 2017, his previous backers in the military decided they had finally had enough. With parliamentary impeachment hearings in the offing, Mugabe eventually resigned, and new elections are scheduled for July 2018.

The bloodless Zimbabwean transition was a heartening spectacle, but there are nonetheless plenty of other countries to worry about. Hungary’s Viktor Orban is threatening to constrict his country’s democracy by clamping down on civil liberties, even as he wins landslide election victores.

China’s Xi Jinping recently orchestrated the removal of term limits, giving him the power to rule indefinitely. Thailand’s military is heading the most repressive government the country has seen in years. Still, while many countries have taken an authoritarian turn, others have made a success of their escape from dictatorship.

As recent events in Armenia attest, citizens the world over are becoming more involved in politics and taking their displeasure to the streets. And while it’s true that most dictators who fall are replaced by another dictator, there are enough examples to the contrary to give the defenders of democracy some hope.