One year into contentious security law, Hong Kong has made 117 arrests 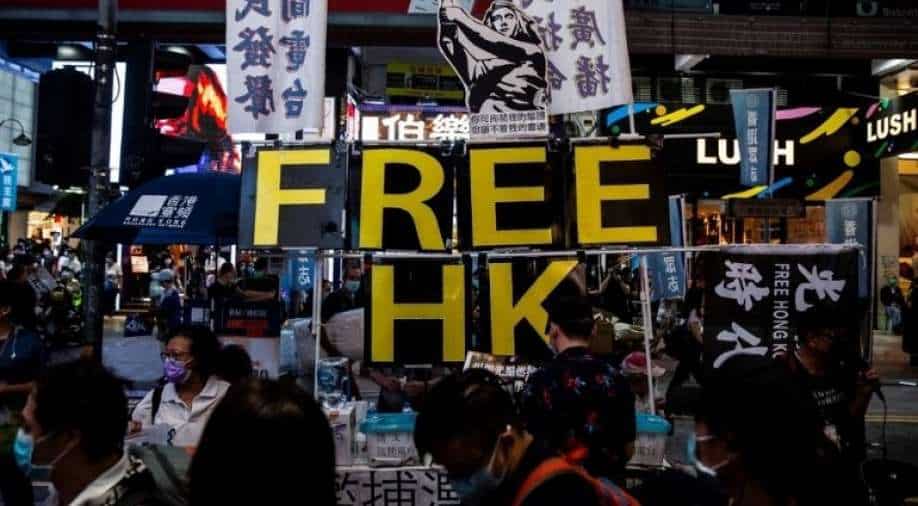 Since the imposition of the security law, many pro-democracy voices have been arrested in Hong Kong including 60 pro-democracy politicians, activists, students, and journalists. Here's a summary

Under China’s tightened grip, the semi-autonomous city of Hong Kong has arrested at least 117 people for violating the contentious national security law which limits the scope of dissent in the former British territory.

Since the imposition of the security law, many pro-democracy voices have been arrested in Hong Kong including 60 pro-democracy politicians, activists, students, and journalists.

Beijing imposed the security law in Hong Kong on June 30, 2020 after months of protests against the Communist Party rocked the city.

Essentially, anybody found indulging in whatever China sees as acts of subversion, terrorism, secession and collusion with outside forces could be sentenced to life in prison.

The law was enforced on priority, just a few hours into July 1, the same day Hong Kong was passed on from Britishers to China in 1997.

Activists in the city and critics from outside claim that the law is being used to curtail freedoms and rights in the only territory within China to offer liberties unavailable elsewhere. Supporters of the law believe that it was imperative to fix “loopholes” that were brought to the public fore in the aftermath of 2019 protests.

Hong Kong’s Security Bureau told Reuters that the law has “stopped chaos and restored order”, while referring to the those arrested “a very small number of the population”, standing at “about 0.0016%”.

Even though activists with a certain political leaning have been taken into custody, the Security Bureau claims that arrests had “nothing to do with their political stance, background or profession”.

The ages of those arrested vary, with the youngest being a 15-year-old to the oldest being a 79-year-old. Last year on July 1, ten people were arrested the under law who were protesting it. The law’s provisions deny bail and the scope of a jury during trial.

The trial of an activist named Tong Ying-kit who allegedly rammed a bike into police officers during last year’s protests began last week, without jury or bail.

Tong was the first person to be arrested under the draconian law, and faces charges of terrorism and inciting secession. He has also been charged for driving dangerously. To all charges, Tong pleaded not guilty.

In just January alone, over 50 pro-democracy activists were arrested in regards to an unofficial vote organised by the opposition to select their best candidates for an election which has remained postponed since then.

According to Hong Kong authorities, the primary vote marked a “vicious plot” to subvert the government. Out of the 50, 47 were charged with conspiracy to commit subversion on February 28 and most of them still remain in detention.

The most high-profile arrest took place in August 2020 when media tycoon and Beijing critic Jimmy Lai was taken into custody. Beijing has called him a “traitor”, accusing him of colluding with foreign forces. Currently, he is in prison for several sentences related to unauthorised assemblies during 2019 protests.

The newspaper has shut its doors and will no longer publish in the face of mounting pressure from China.