One killed in police-student standoff in South Africa 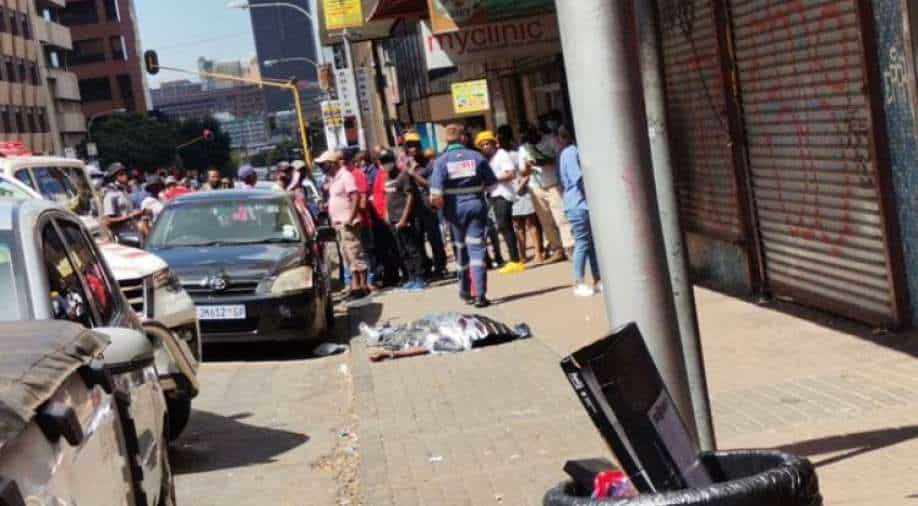 Protesting students have blocked roads in Johannesburg CBD (central business district) with burning tyres and rocks. They are demanding that all students, regardless of their outstanding fees, should be able to register for the new academic year.

One person was shot dead on Wednesday as South African police and protesting students from Wits University in Braamfontein engaged in a violent clash over admissions.

Protesting students have blocked roads in Johannesburg CBD (central business district) with burning tyres and rocks. They are demanding that all students, regardless of their outstanding fees, should be able to register for the new academic year.

As the standoff continued for the second straight day, police fired rubber bullets and used tear gas to disperse the students who are currently protesting over financial exclusion from the university.

The police have not yet responded, but it has been confirmed that the person who died is not a student. Senior executives from Wits University said in a statement that they are deeply saddened to learn of the passing of a 35-year-old man in the Braamfontein CBD outside of the institution this morning.

"The university extends its condolences to the family of the deceased. The university condemns any form of violence and call on all persons to keep calm during this very difficult time,” it said.

The university also noted with deep concern the escalation of the situation which is regrettable, and called on all persons to remain calm during this difficult time.

“The university remains committed to seeking creative, peaceful solutions to any outstanding issues in the higher education sector,” the statement said.

Higher Education Minister Blade Nzimande on Monday said the National Student Financial Aid Scheme (NSFAS) is not able to commit to funding students without the requisite budget available to support this commitment.

However, he said that the department and the treasury have been working on funding options. “We are doing everything possible to resolve this issue as a matter of extreme urgency.” Nzimande said.