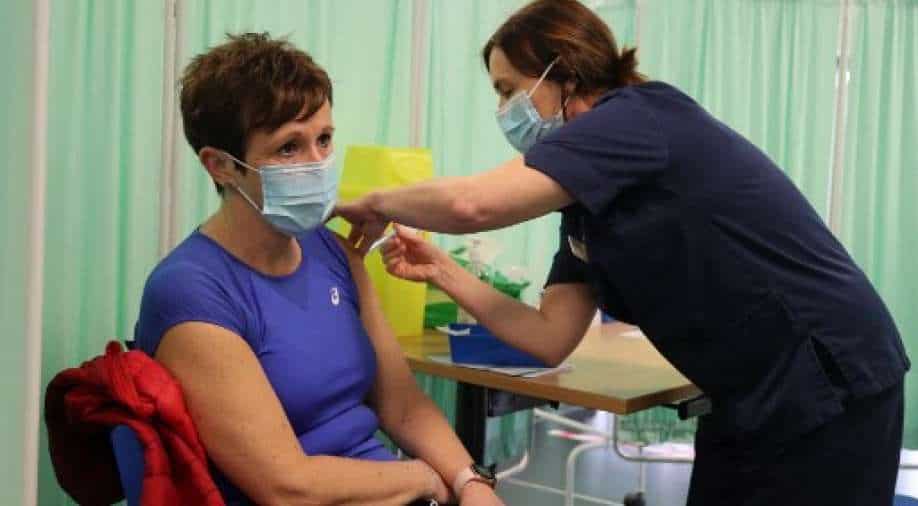 Israel has decided to administer a fourth dose of vaccine to people, who are most vulnerable to COVID-19 (representative image). Photograph:( AFP )

Britain is aiming to administer booster jabs to all adults over 18 over the next two months over the Omicron threat.

ONS said the percentage of people who had contacted the virus in England had increased. In Wales, the agency said the trends were uncertain while claiming that 1 in 45 people were estimated to be infected with a similar number in Northern Ireland and 1 in 65 in Scotland.

"Hospital admissions decreased or remained similar in all English regions, except the southeast where the rate increased in the week ending 28 November 2021," it added.

The development comes as Britain aimed to administer booster jabs to all adults over 18 over the next two months over the Omicron threat.

Also Read: WHO warns Asia-Pacific to brace for Omicron, urges countries to speed up vaccination

Britain is one of the worst countries hit with the virus with over 145,000 fatalities and over 10 million COVID-19 cases.

Authorities had revealed that 13 Omicron variant cases have been detected in England so far with nine confirmed cases in Scotland. Health Secretary Sajid Javid conceded that the numbers would rise over the coming days.

The Johnson government had earlier announced face masks would be mandatory for people in shops including for those who took public transport even as mass testing has been ramped up in the country after the Omicron variant was discovered in the country last week.