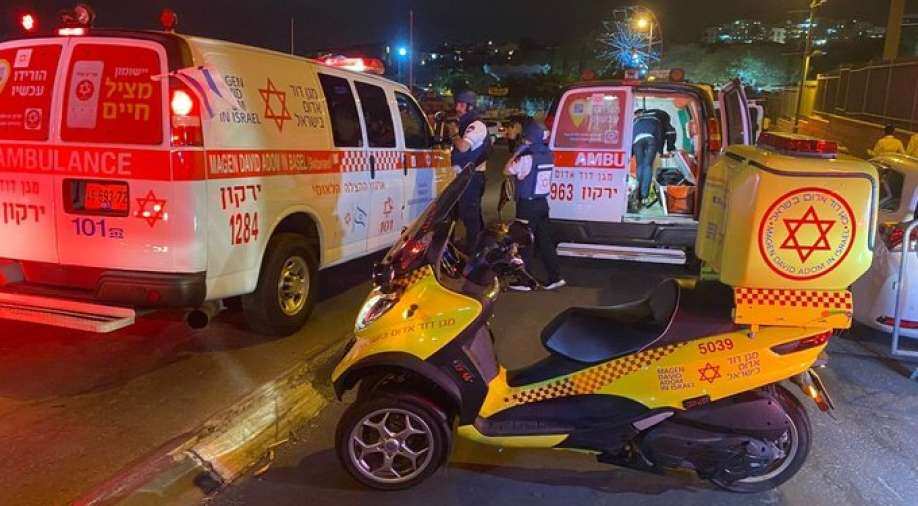 The attack occurred in the evening hours when many were spending their time with families outdoors to celebrate the country’s 74th anniversary.

At least 3 people have died and several were injured in a suspected terror attack in Israel’s Elad city on Thursday when the country was celebrating its Independence Day.

According to the Times of Israel, at least one of the injured is said to be in a critical condition, and it is estimated that more than nine are hurt in the incident.

Local reports say that the attack was carried out by two men, one wielding an axe and another a gun. The assault took place in two different locations.

The attack occurred in the evening hours when many were spending their time with families outdoors to celebrate the country’s 74th anniversary.

The eyewitnesses said that the two suspects fled in a vehicle following which the police launched a manhunt to nab them.

Several checkpoints were dispatched along the city’s main roads while police searched by helicopter for a vehicle that was seen fleeing the scene.

The Elad Municipality has asked residents to shelter in a place.

According to i24 news channel, Hamas, a Palestinian Sunni-Islamic fundamentalist militant group, has claimed responsibility for the attack.

In a statement, the group said that it welcomes "the heroes who carried out the action that comes in the wake of Palestinian anger over the ongoing aggression of the occupation and its institutions and settlers against al-Aqsa."

The attack in Elad comes as tensions have been high in Israel after a wave of deadly attacks has killed close to 20 Israelis.