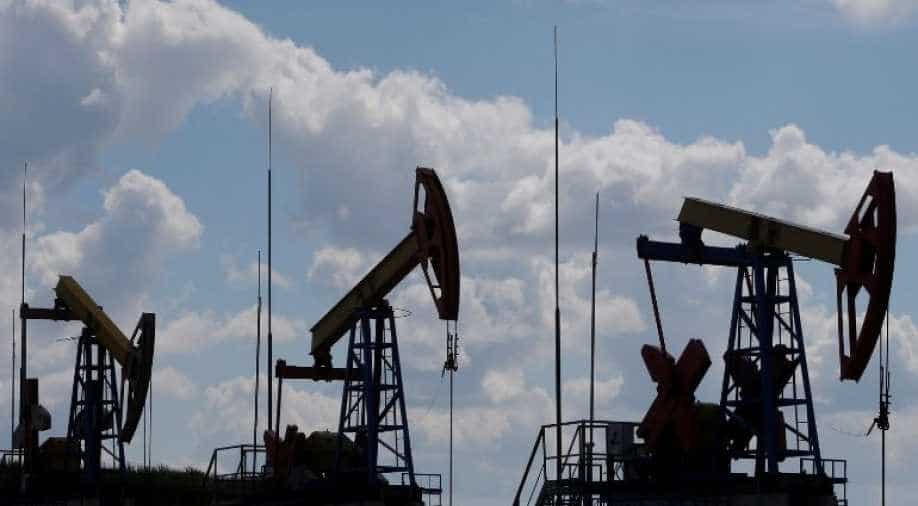 Oil prices dropped on Thursday, extending falls from the previous session amid surging US crude inventories and weak demand from refineries.

Crude futures already fell by around 2 per cent the previous day.

Commercial US crude inventories rose by 4.7 million barrels in the week ended May 17, to 476.8 million barrels, their highest since July 2017, the EIA data showed.

Beyond weak refinery demand for feedstock crude oil, the increase in commercial inventories also came on the back of planned sales of US strategic petroleum reserves (SPR) into the commercial market.

Ole Hansen, head of the commodity strategy at Saxo Bank, said "concerns about slowing (oil) demand growth due to the negative impact on the global economy of the US-China trade war" were also weighing on oil prices.

Countering these bearish price factors have been escalating political tensions between the United States and Iran, as well as ongoing supply cuts led by the Organization of the Petroleum Exporting Countries (OPEC) that started in January in an effort to prop up the market.

"Large but opposing forces have kept Brent in a $70-$75 per barrel range in recent weeks," Morgan Stanley said in a note on oil markets published this week.

"Macroeconomic data has rapidly deteriorated, and this is reflected in weaker oil demand. At the same time, the downside risk to supply is materialising in key countries (adding to OPEC's production cuts)," the US bank said.

"On balance, however, we still see tightness in 2H19," Morgan Stanley said, adding it expected Brent to trade in the $75-$80 per barrel range in the second half of 2019.

"Supply management is here to stay," the bank said.