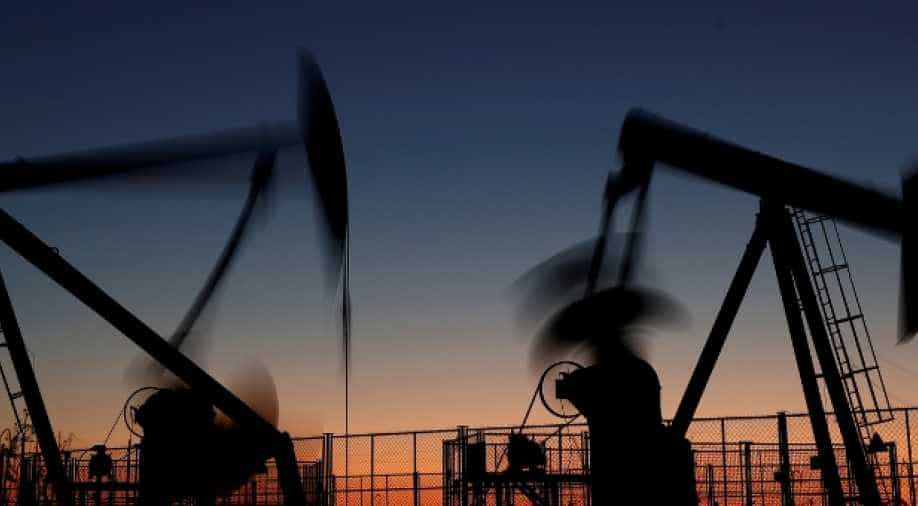 Oil fell to about $53 a barrel on Wednesday, under pressure from rising output in major OPEC and non-OPEC producers and due to concerns about an economic slowdown that could weaken demand.

Earlier this week, official data showed US output reached a record in October and Iraq boosted oil exports in December.

"The omens are far from encouraging," said Stephen Brennock of oil broker PVM, citing rising non-OPEC supply and the likelihood of further increases in oil inventories.

"The current bearish bias will therefore continue in the near term and it stands to reason that oil will struggle to break out from its current trough," he said.

Oil fell in 2018 for the first year since 2015 after buyers fled the market in the fourth quarter over growing worries about excess supply and the economic slowdown.

Surging shale output has helped make the United States the world's biggest oil producer, ahead of Saudi Arabia and Russia. Oil production has been at or near record highs in all three countries.

U.S. President Donald Trump celebrated the low prices. "Do you think it’s just luck that gas prices are so low, and falling? Low gas prices are like another Tax Cut!" he wrote on his official Twitter account on Tuesday.

Adding to concern about a slowing global economy, a series of purchasing managers' indexes for December mostly showed declines or slowing manufacturing activity across Asia, the main growth region for oil demand.

Independent market analyst Greg McKenna said in a note on Wednesday that it was "difficult for traders and investors to ignore what looks like a genuine global economic slowdown."

Signs of rising production illustrate the challenge facing the Organization of the Petroleum Exporting Countries and its allies including Russia, which are returning to supply restraint in 2019 to support the market.

However, the energy minister for the United Arab Emirates, an OPEC member, said on Tuesday he remained optimistic about achieving a market balance in the first quarter.