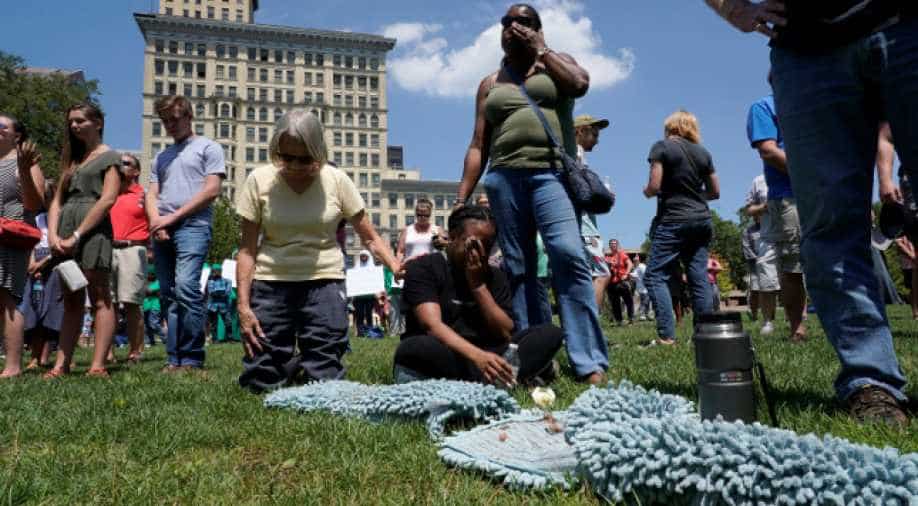 Dayton Police chief Richard Biehl said that officers were in the area conducting routine patrols when the shooting began.

A gunman who shot dead nine people in the city of Dayton, Ohio, in the latest US mass shooting killed his victims in less than a minute, the mayor said Sunday.

Mayor Nan Whaley told a press conference that the unnamed gunman was wearing body armour and used an "AK-like gun assault rifle" with "high capacity magazines" when he opened fire in the popular bar and nightlife district called Oregon.

"In less than one minute, Dayton first responders neutralised the shooter," Whaley said.

As well as the nine fatalities, hospitals treated 27 people who were wounded in the shooting, the mayor said.

Dayton Police chief Richard Biehl said that officers were in the area conducting routine patrols when the shooting began.

"Officers were patrolling the Oregon district during bar closing time and heard gunfire," he said at a press conference in the city on Sunday afternoon.

"They observed a large crowd running away from this gunfire. The officers immediately advanced toward the gunfire and within approximately 20 seconds they engaged the suspect who was actively firing and attempting to enter a crowded liquor establishment.

"The threat was neutralised in approximately 30 seconds of the suspect firing his first shots."

While mourning the victims of a late-night shooting, the US city of Dayton also gave thanks Sunday for the rapid response of police who killed the gunman in just 30 seconds, averting a tragedy on an altogether different scale.

Connor Betts managed to kill nine people and wound more than 20 when he opened fire with an assault rifle in a neighborhood teeming with revelers just after 1:00 am (0500 GMT) on Sunday morning.

But within less than a minute, the 24-year-old Betts was shot dead himself by police officers who rushed to the scene while on patrol nearby.

"While this is a terribly sad day for our city, I am amazed by the quick response of Dayton police that saved literally hundreds of lives," said Nan Whaley, the mayor of the city which is in the state of Ohio.

"Think of the damage he did in such a short period of time," said President Donald Trump. "It was horrible, but... it could have been so much worse."