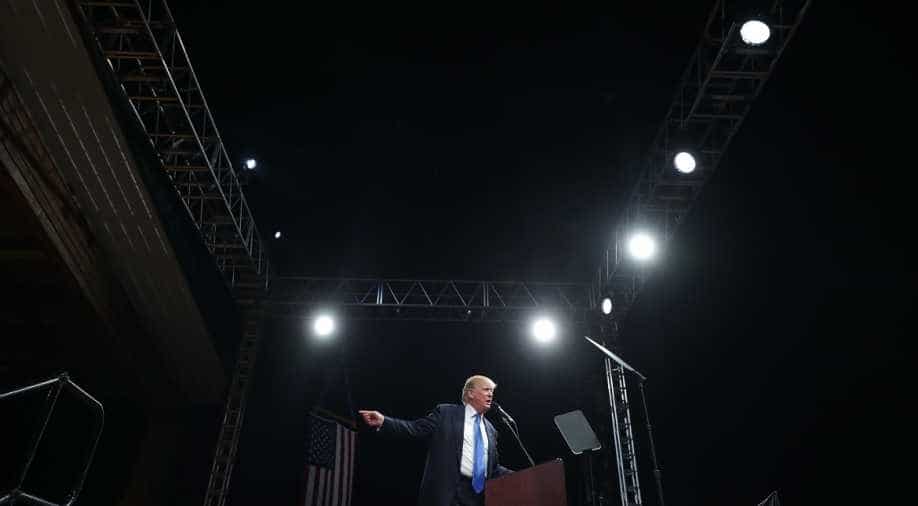 A US judge in Ohio ordered Republican presidential candidate Donald Trump's campaign on Friday not to intimidate voters, in a victory for Democrats who sought to prevent Election Day harassment in one of the nation's most politically competitive states.

The order also deals a blow to a Trump-allied "exit poll" that aims to mobilise supporters to ask voters whether they had cast a ballot for the Republican real-estate mogul or Democrat Hillary Clinton.

On the campaign trail, Trump has said the election will be "rigged". He has called on supporters to keep an eye on voting activity for possible signs of fraud in large cities.

The ruling does not prevent the state Republican Party from sending trained volunteers into polling places to make sure election laws are being followed. However, it does apply to Trump supporters who may take it on themselves to monitor voting activity independent of the party. It prevents them from verbally harassing voters near polling stations, or taking pictures of them.

Trump's vague call for supporters to go to "other" polling stations and watch out for funny activity was widely interpreted as a dog whistle encouraging white supporters to intimidate minority voters. Trump has invoked the threat of voter fraud and a "rigged election". While there isn't a complete absence of it, the notion that the kind of fraud Trump talks about influences the election even slightly has been repeatedly debunked in numerous studies.

As the New York Times writes in their introduction to an interactive video game aimed at showing users what voter suppression looks like for different people, "thanks to laws passed by Republicans to fight the nonexistent threat of voter fraud, the perils will be great. Long lines and voter ID laws, not to mention pro-Trump election observers, will try to keep these voters from the polls".

Democrats have said that could encourage Trump supporters to harass minority voters and have launched a legal blitz in six states to prevent that from happening.

Democrats declared the judge's decision a victory, saying it would prevent Trump supporters from interfering with voters in one of the most competitive US states during the November 8 election.

"We're pleased that the judge announced he will be issuing an order to prevent any harassment of voters along the lines that have been suggested by the Trump campaign," Ohio Democratic Party Chairman David Pepper said in a prepared statement. The ruling also applies to groups supporting Clinton's presidential bid.

It also shuts down an exit poll organised by former Trump aide and Republican operative Roger Stone, who said he aims to uncover examples of vote manipulation. Stone told Reuters on Monday that participants are trained not to harass voters. Some 118 people in Ohio have signed up to participate through a web site called Stop the Steal. Stone did not immediately respond to a request for comment.

Stone's name has been in connection with another important and seemingly related incident. The FBI is reviewing a seven-page electronic document that has been identified as a fake by the Clinton campaign, but carries the logos of Democratic pollster Joel Benenson’s firm, the Benenson Strategy Group, and the Clinton Foundation, a person with knowledge of the matter said.

The fake document claims poll ratings had plunged for Clinton and called for “severe strategy changes for November” that could include “staged civil unrest” and “radiological attack” with dirty bombs to disrupt the vote.

Where the document originated from or how it begun to circulate is not immediately clear, but on October 20, Stone linked to a copy of it on Twitter with the tag, “If this is real: OMG!!” Stone did not respond to emails from Reuters requesting comment.

Ohio Republicans and the Trump campaign also did not immediately respond to requests for comment.