Of sore losers, and votes that matter: How the US is reacting to #TrumpMeltdown 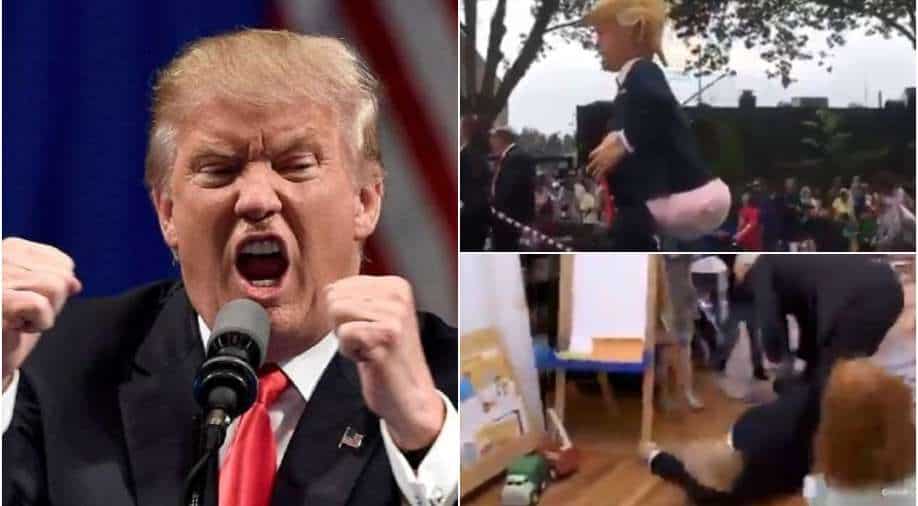 The hugely contentious US presidential election has come down to four states -- Pennsylvania, Arizona, Georgia and Nevada -- deciding the victor.

Since the November 3 vote, the incumbent president, Donald Trump, at his post-election rallies, has called for ballot counting to be stopped, and contended without proof there has been voter fraud -- so much so that several US TV networks late Thursday halted live coverage of his first public appearance since election night.

The networks conclude that the president was spreading disinformation.

"They are trying to steal the election," an increasingly isolated Trump said in an extraordinary appearance at the White House on Thursday, two days after polls closed.

At the event, CNN's Jim Acosta taunted Trump as he stormed off stage following his 17-minute tirade about being cheated out of winning the election.

Trump didn't answer a single question as several reporters demanded answers from him, including Acosta who asked: 'Are you being a sore loser?'

Trump ignored Acosta's question and walked out the door following the press conference -- after claiming the entire election process was rigged against him from start to finish.

Trump, whose campaign has launched lawsuits in several battleground states, noted the polls got the election wrong -- just like the 'phony polls' did in 2016.

The incumbent president has even cried foul on Twitter. But his tweets have often been masked with notices telling people the claims are misleading.

Trump's meltdown on Twitter has also met with some interesting responses.

Must say Greta Thunberg knows how to give it back ;)

So ridiculous. Donald must work on his Anger Management problem, then go to a good old fashioned movie with a friend! Chill Donald, Chill! https://t.co/4RNVBqRYBA

This video encapsulates everything going on with Donald Trump at the moment. Epic!#TrumpMeltdown pic.twitter.com/WOb2uVddOw

49% of Americans saw that #TrumpMeltdown and thought, yup that’s my guy. This country is broken and it will take many generations after Trump is gone to fix it.

A great person once said, "Whiners are wieners!"

"When the Republicans send us their Presidents, they're not sending their best! Some are racists, some are rapists; and some, I guess, are whiners."#TrumpMeltdown pic.twitter.com/wEJFWIuZ5x

Ain't no stoppin' then now?

While Trump is having a meltdown in the WH the Black folks in Philly are doing this....(and I know why 😁) https://t.co/FlinDuEVl0

That had to hurt :O

"I'm the most loved president in history."
"I don't know someone told me." #Election2020 #ElectionResults2020 #TrumpMeltdown pic.twitter.com/T2m2xXU6Zn

All hail the sore-loser glory!