Obama: Trump to get wake-up call when he takes office 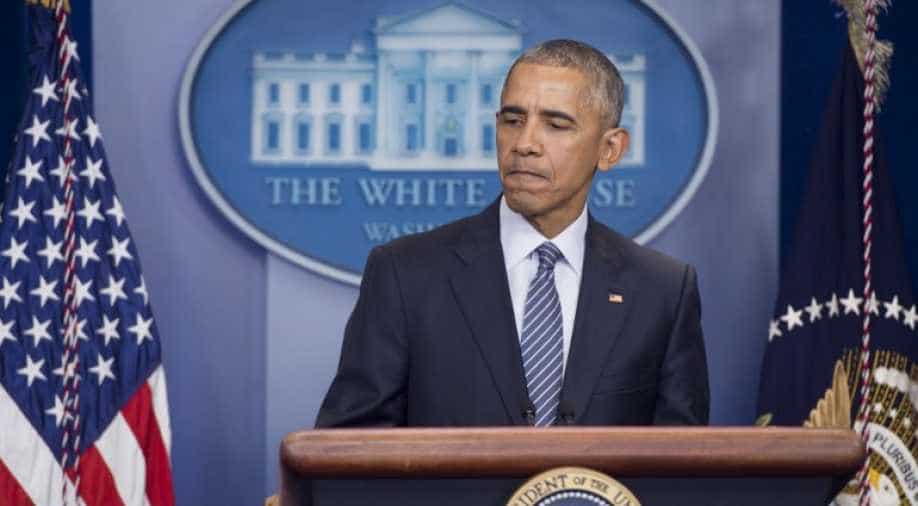 Obama also expressed regret for having failed to close down the prison at Guantanamo Bay, where 60 inmates are currently jailed.? Photograph:( AFP )

US President Barack Obama said President-elect Donald Trump is in for a wake-up call once he takes office and grapples with the responsibilities associated with the job.

"This office has a way of waking you up," the President said during a press conference at the White House before leaving for a final trip to Europe.

Slightly subdued, he advised Trump that the responsibilities of the job will not allow him to say just about anything, it will have repercussions.

"Those aspects of his positions or predispositions that don't match up with reality, he will find shaken up pretty quick because reality has a way of asserting itself," Obama advised.

"There are going to be certain elements of his temperament that will not serve him well, unless he recognises them and corrects them."

"Because when you're a candidate and you say something that is inaccurate or controversial it has less impact than it does when you're president of the United States. Everybody around the world is paying attention. Markets move," he continued.

The President's comments come in after he met with Trump at the White House to begin the transition of power.

"I don't think he is ideological. I think ultimately he is pragmatic in that way."

"And that can serve him well as long as he's got good people around him and he has a clear sense of direction," he added.

The President refused to comment on Trump's appointment of right-wing Stephen Bannon as his chief strategist and senior counsellor, saying it would "not be inappropriate".

He also said it was crucial that Trump send "signals of unity" and that his political gift, which won him the election could be "put to good use in the White House."

Obama expressed regret for having failed to shut down the prison at Guantanamo Bay, where 60 inmates are currently jailed in his eight-year term.