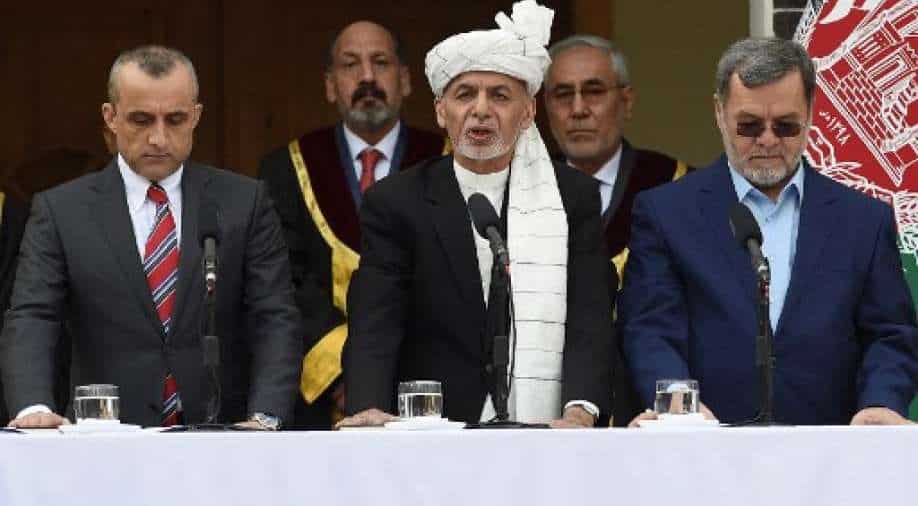 Sarwar Danish (R) and his family have been given safe haven in New Zealand Photograph:( AFP )

Sarwar Danish– the second vice president of Afghanistan– flew into Auckland around Christmas with his wife, two sons and three daughters

Jacinda Adern-led government in New Zealand is facing heat for resettling Afghanistan’s former vice president and his 13 family members in the country while hundreds of Afghans who helped New Zealand forces remain trapped abroad and in fear for their lives.

According to NZ-based news website Stuff, Sarwar Danish– the second vice president of Afghanistan– flew into Auckland around Christmas with his wife, two sons and three daughters.

Associate immigration minister Phil Twyford confirmed that “Sarwar Danish and his family have been given safe haven in New Zealand”.

Danish, a member of Afghanistan’s ethnic Hazara minority, fled Kabul for Turkey along with other senior officials on August 16, shortly after the Taliban took control of the capital.

New Zealand has granted 1,400 visas to Afghans after the Taliban took over Afghanistan in mid-August, the Guardian reported.

Out of those, only 800 were resettled in New Zealand, in part because New Zealand Defence Force (NZDF) evacuation efforts from Kabul were halted after a suicide bomber attacked the Kabul airport in late August.

Also read | 'I have been made a scapegoat': Ashraf Ghani recalls the day he fled Afghanistan, denies taking money

An Afghan member who was associated with the NZDF in Kabul from 2009-2012 told Stuff that the government should have prioritized those Afghans who worked the forces and “not people like Danish who shared responsibility for the collapse of Afghanistan’s government”.

“It’s very frustrating that someone from the corrupt leadership of Afghanistan – with zero connection to New Zealand – has been resettled in this country, when people who directly supported the New Zealand SAS have been left behind,” he said.

“He was already safe in Turkey, so it would be hard to understand if Kiwi taxpayers are paying for Danish and his family to start a new life in New Zealand,” he added.