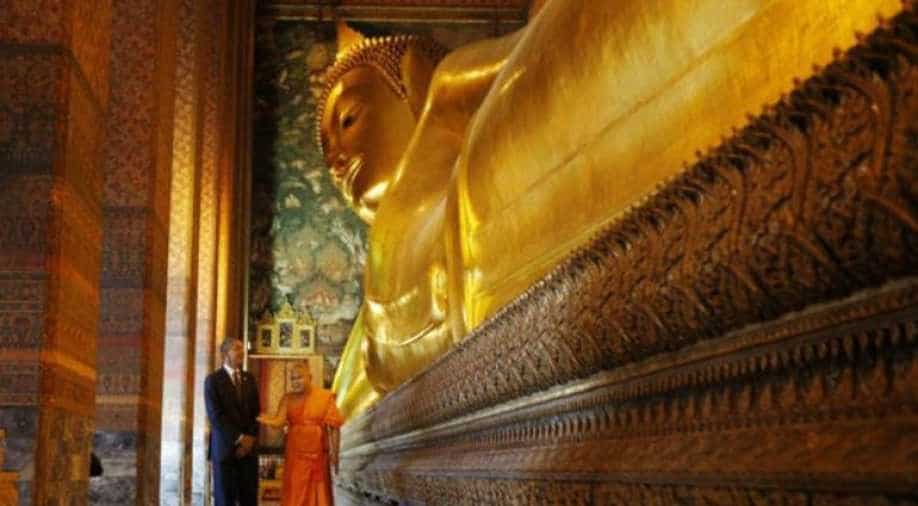 The officials have also claimed that the restriction is also partly because of ongoing construction work.

Wat Pho Royal Monastery, a popular tourist spot in Thailand, has reopened after the pandemic lockdown, but with few restrictions.

The monastery is best known for its gold-leaf covered 46-metre-long (151-foot-long) Reclining Buddha. It is the biggest monastery in the country and is popular for its murals and gold trim covering many surfaces.

However, the monastery has restricted entry for foreigners. The sign boards outside the monastery read, "Open for Thai only," "ONLY THAI PEOPLE," and "NOW NOT OPEN FOR FOREIGNERS."

Have a look: Thailand takes live music festival to Zoom amid virus outbreak

While there is no direct directive from the Thai government about restricting movement of foreigners in the country, officials of the popular tourist spot told a media organization that the monastery fears spread of COVID 19 from foreigners, and has therefore imposed restrictions.

"The outbreak is still rampant in many countries, so we have to stay vigilant as advised by the government," said Wit Artchinda.

The officials have also claimed that the restriction is also partly because of ongoing construction work. "Foreign tourists have to pay 200 baht ($6.50) per visit into the temple," Wit said. "When they pay the money and cannot see so many things that they want to see, we are afraid that they might be frustrated."

Thailand has reported 3,125, infections with 58 deaths.