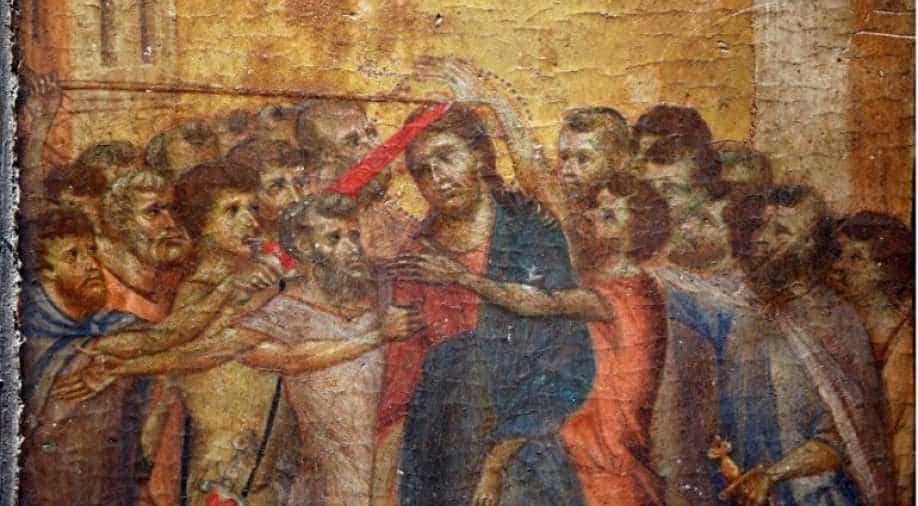 The ten-inch portrait was found hanging on a kitchen wall in a house of a woman in her 90s near Compiègne in northern France.

The French authorities have blocked the export of a painting by 13th century Italian master Cimabue which was found in a house of an elderly woman.

The “Christ mocked” painting was sold for $26.6 million in Paris which was over four times the price at the auction. The French government has now barred it from being taken out of the country.

The French culture ministry in a statement said it had refused the "issue of the export certificate for this major and unprecedented work by Cenni di Pepo, known as Cimabue." The government informed that the painting "remained in good condition".

"La Dérision du Christ is a painted picture from a diptych of devotion produced around 1280, to which belonged two other known panels of Cimabue, the Flagellation of Christ (New York, Frick Collection) and The Virgin and Child (London, National Gallery)," it said.

The ten-inch portrait was found hanging on a kitchen wall in a house of a woman in her 90s near Compiègne in northern France. The woman had called appraisers to her house to note the inventory since she was selling her house and moving to an elderly home.

The painting was examined by art collectors who concluded that it was the original 13th-century portrait "The Mocking of Christ" by the Italian artist Cimabue.

French auction house Acteon had said that the painting was so rare that it was the only Cimabue that had "ever come to the market". At the time, the identity of the bidder wasn't revealed.

However, reports said that two Chilean collectors had bought the painting.

The French government in a decree have declared the painting to be a "national treasure" for a period thirty months to raise funds necessary to carry out an acquisition.