Now, China imposes tariffs on $60 billion worth of US goods 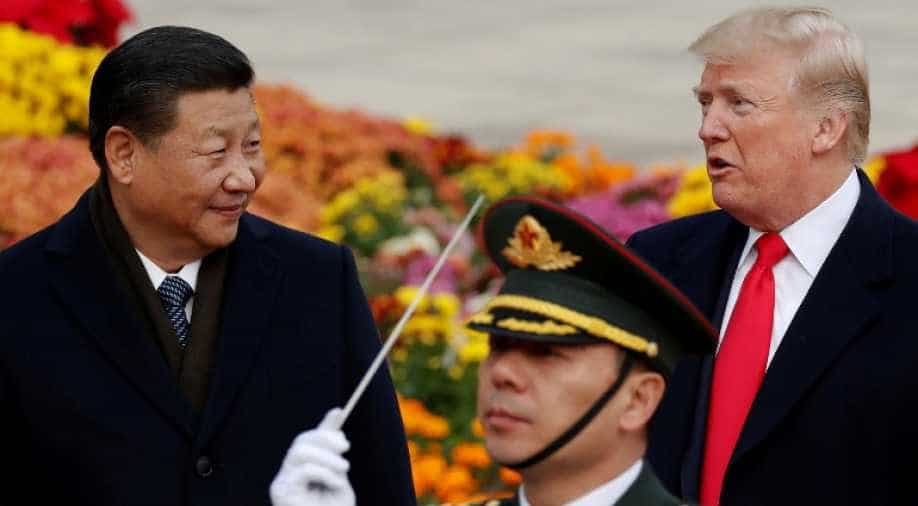 Earlier in the day, President Trump had said that "if it doesn't make a deal because companies will be forced to leave China for other countries."

Shortly after Donald Trump said China should not impose tariffs against the US, China on Monday said it will impose tariffs on $60 billion worth of US goods from June 1.

China will be imposing tariffs ranging from 5 per cent to 25 per cent on a number of American goods, according to a statement by the Tariff Policy Commission of the State Council which is part of China's cabinet.

Earlier in the day, President Trump had said that "if it doesn't make a deal because companies will be forced to leave China for other countries."

Trump had directly appealed to President Xi in his tweet even as China said it won't  "surrender" to foreign pressure after Washington renewed its threat to impose tariffs.

I say openly to President Xi & all of my many friends in China that China will be hurt very badly if you don’t make a deal because companies will be forced to leave China for other countries. Too expensive to buy in China. You had a great deal, almost completed, & you backed out!

"China will never surrender to external pressure," foreign ministry spokesman Geng Shuang said, adding,"we are determined to have the ability to safeguard our legitimate rights and interests."

"We have said many times that imposing tariffs will not solve any problems," Geng added.

Trade talks between China and the US concluded without any concrete results last week even as the Trump administration imposed new tariffs on China as the deadlock continued.

China has so far slapped tariffs on $110 billion worth of US goods in retaliation to the US duties.

Meanwhile, President Trump ordered US Trade Representative Robert Lighthizer to begin imposing tariffs on all remaining imports from China as the trade war between the two nations began to hit markets worldwide.

Reports now suggest a possible meeting between Trump and President Xi on the sidelines of the G20 summit could help the ease the crisis, however, no date has been set for the two leaders to meet.