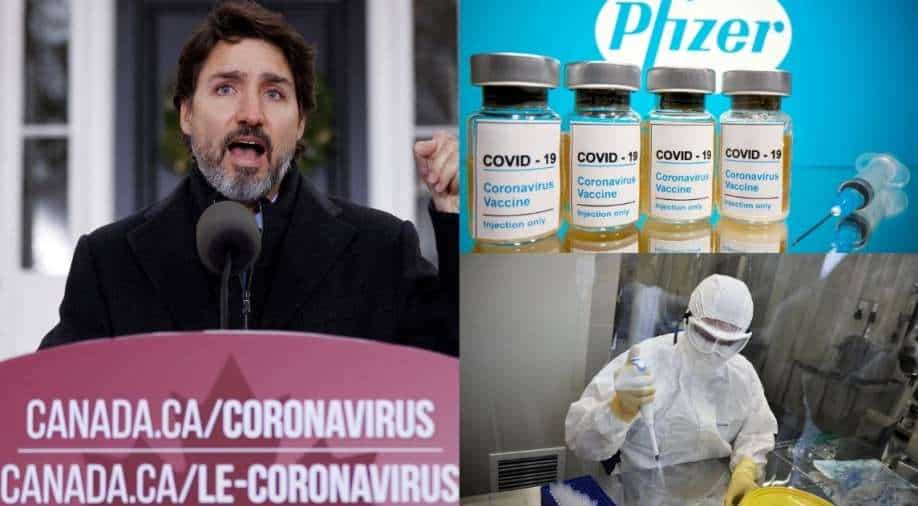 Canadian officials have said that under their procurement deal with Pfizer, doses would not be shipped to Canada until the vaccine won Health Canada approval

Canada on Wednesday approved the Pfizer-BioNTech coronavirus vaccine, days after Britain became the first country to greenlight and roll it out.

"Today, Canada reached a critical milestone in its fight against Covid-19 with the authorization of the first Covid-19 vaccine," Health Canada said in a statement.

The vaccine, it added, had undergone a fast-tracked review, which concluded that it met "stringent safety, efficacy and quality requirements for use in Canada."

The nation's first coronavirus vaccine green light comes under a new interim order system that allows for accelerated approval very similar to the US Food and Drug Administration's emergency use authorizations.

"The approval of the vaccine is supported by evidence that it is safe, effective and of good quality," Health Canada said in a statement. The vaccine has initially been authorized for use in people 16 years of age or older.

Canadian officials have said that under their procurement deal with Pfizer, doses would not be shipped to Canada until the vaccine won Health Canada approval.

Also read: Canadian PM Trudeau under political firestorm over lack of transparency of billions of dollars in aid

Canada will start receiving its first doses of Pfizer's vaccine before the end of December, Prime Minister Justin Trudeau said on Monday.

The news could help the minority Liberal government of Prime Minister Justin Trudeau fend off attacks from opposition parties that have accused Ottawa of acting too slowly to tackle a worsening coronavirus second wave.

Officials had initially expected to get a total of six million doses of vaccines from Pfizer and Moderna Inc by end-March. That would be enough to inoculate three million people as both vaccines require two shots about a month apart.

But Trudeau said up to 249,000 doses of the vaccine Pfizer is producing with German partner BionNTech SE would arrive this month, and a further three million doses should be delivered at the start of 2021.

Saying vaccinations could start next week, Trudeau dismissed the suggestion his government had pressed for early delivery to relieve political attacks by the opposition.

"There is a tremendous amount of uncertainty in terms of which vaccines were going to arrive first ... we wanted not to get people's hopes up," he told reporters, repeating Ottawa expects regulators to approve the Pfizer vaccine this week.

On December 2, the United Kingdom became the first to approve the Pfizer vaccine, which in a large clinical trial was 95% effective at preventing illness.

Pfizer is responsible for shipping its vaccine, which requires ultra-cold storage, to warehouses across Canada.

Canada has a firm order for 20 million doses of the vaccine, enough to inoculate 10 million people, with options to buy up to 56 million more.

For the most part, provincial and territorial health systems will administer the shot, for free, across the country. They will have final say over how to use scarce early supplies in their jurisdictions.

According to preliminary guidance published by the federal government in early November, vulnerable people and those who look after them are high priority, including long-term care residents and some healthcare workers.

Canada has ordered more shots per capita than any other country.