Not Covid or monkeypox, North Korea reports outbreak of unidentified disease: Here's what we know so far 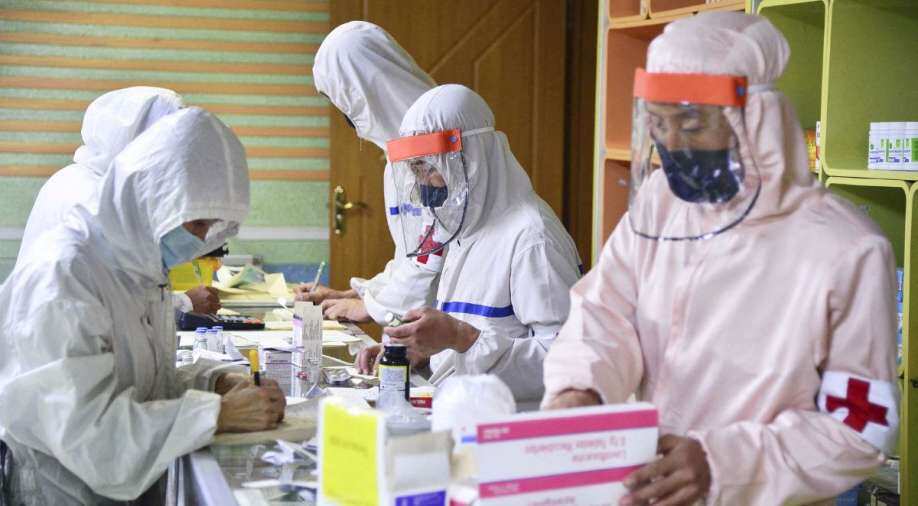 Members of the North Korean army supply medicines to residents at a pharmacy, amid growing fears over the spread of the coronavirus disease (COVID-19), in Pyongyang, North Korea, in this photo released by Kyodo on May 18, 2022. Photograph:( Reuters )

As the world still struggles to cope with the challenges posed by the coronavirus (COVID-19) pandemic and its after-effects, the sudden increase in monkeypox cases emerged as another scare. Now, North Korea said Friday (June 17) that hundreds of families have fallen ill with an "unidentified" intestinal disease. The situation will put immense pressure on the healthcare system of the country which is already strained by Covid.

What do we know?

The official KCNA this week announced a new "acute enteric epidemic" in South Hwanghae province. Kim has apparently urged officials to "contain the epidemic at the earliest date possible".

Kim Yo Jong, Kim Jong Un's sister, was one of a group of senior officials who reportedly personally donated medicine to try and help. This is a possible sign of the seriousness of the situation.

The state media KCNA reported Friday that the medicine will be delivered to "over 800 families suffering from the acute epidemic which broke out in some areas of South Hwanghae Province." The report didn't mention what kind of medicines.

How many people are affected?

As per the report, at least 1,600 people have been infected with the enteric disease. The reports have sparked speculation that the unspecified disease may be cholera or typhoid.

In case it is confirmed, the outbreak could worsen the country's chronic food shortages because South Hwanghae province is one of North Korea's main agricultural regions.