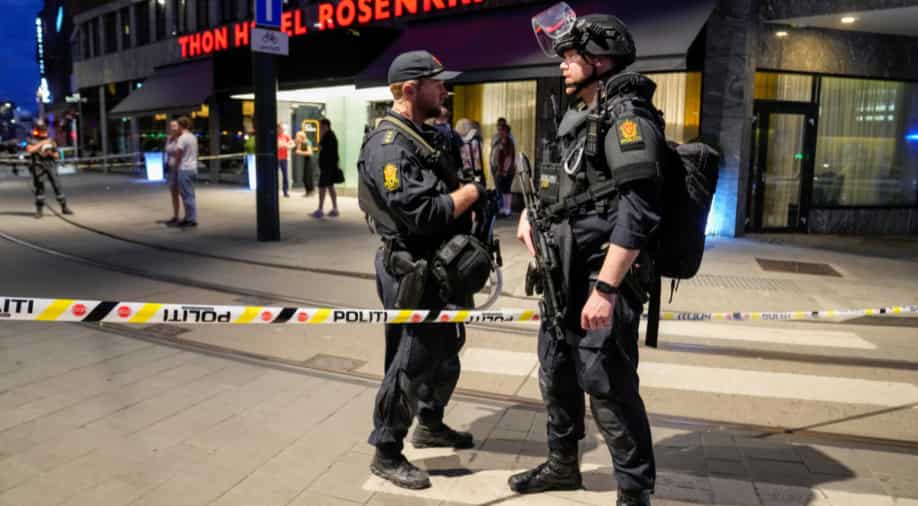 Security forces stand at the site where several people were injured during a shooting outside the London pub in central Oslo, Norway Photograph:( Reuters )

The suspect was arrested by police, however, the motive of the attack is unclear.

At least two people were killed and ten injured in a shooting at a nightclub in central Oslo, police said.

The suspect was arrested by police, however, the motive of the attack is unclear.

Oslo is set to hold its annual Pride parade later on Saturday.