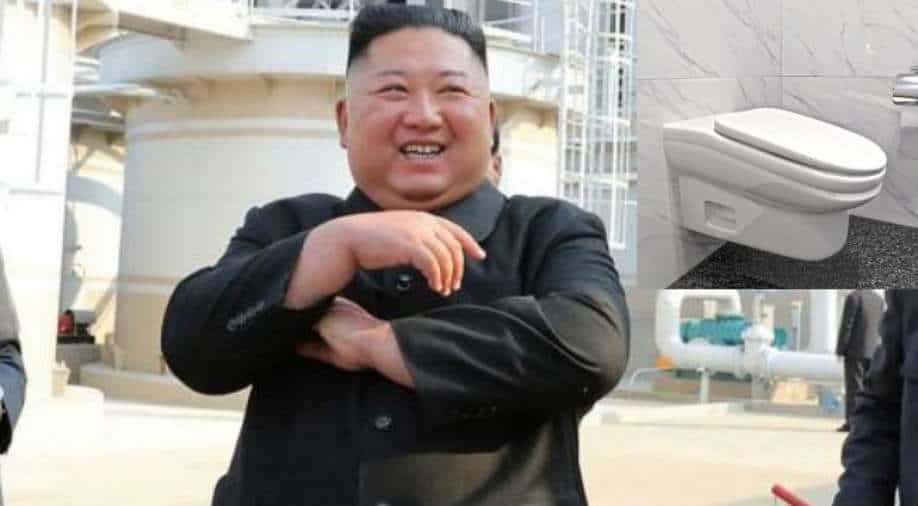 Kim Jong-un is said to no longer trust public toilets because his faeces hold "information about his health status" and could fall into the wrong hands.

North Korean ruler Kim Jong-un had a personal toilet that followed him around the world when he travelled, according to a former North Korean Guard Command employee who spoke to the Washington Post.

According to him, the leader's excretions conveyed information about his health status and could not be left behind.

A portable toilet, according to The Chosunilbo, a South Korean news outlet, would have prevented dedicated sewer divers from seeing into the supreme leader's stools.

According to reports, the North Korean dictator has built-in facilities in all of his vehicles and will now only travel by car.

His bulletproof Mercedes Benz, for example, has been adapted to allow him to 'guard his faeces.'

Jong-un is rumoured to avoid using regular toilets for fear of his faeces falling into the wrong hands.

His bodyguards keep an eye on his personal toilets, and anyone caught using them might be put to death, according to reports.

Due to excessive obesity being linked to a fourfold increase in cardiac failure, experts warned he was "a heart attack waiting to happen."

Last month, it was claimed that he had prohibited laughing for 11 days to honour his father's death and to mark his ten years in power.

What information can be gleaned from Kim's stool?

Kim's faeces can reveal a lot about his health.

His national and worldwide profile could be harmed if he suffers from a significant health problem.

News of a health problem can be repeated and even lead to rumours, raising doubts about his ability to reign in the long run.

Speculation about his replacement can be fueled by rumours about a fatal health danger.

At a time when he has to project himself as a powerful figure, Kim can't afford all of this.