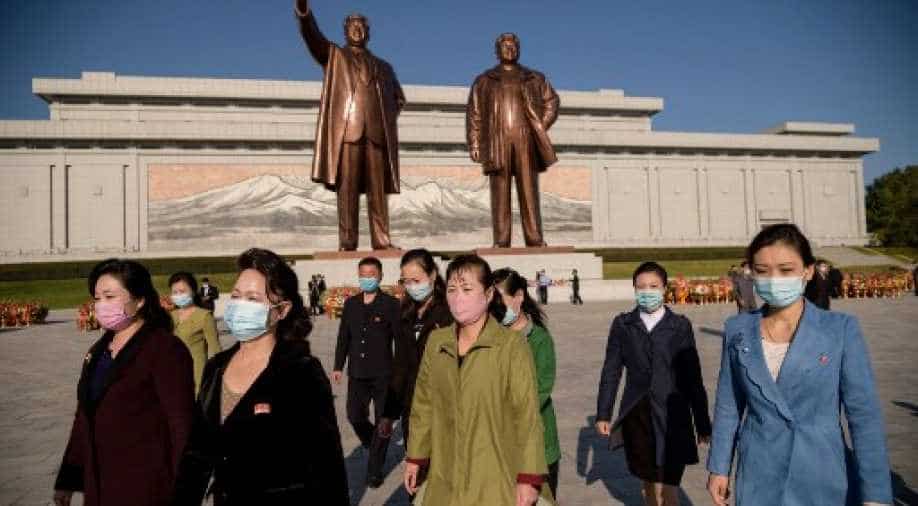 Sources told Radio Free Asia that North Koreans were angry about the forced work and that the border wall would be "useless."

Following the January 2020 agreement between Beijing and Pyongyang to close the border and suspend all trade to stop the spread of the coronavirus, the wall will prevent citizens of the northeastern province of Ryanggang from easily accessing the border, particularly near the province's largest city, Hyesan, where the government discovered a rash of smuggling incidents over the past year.

Initially, North Korea planned to deploy the military and recruit young personnel as labourers, but officials in the province told Radio Free Asia that they realised they needed more men to finish the wall on time.

According to the report, it ordered married women in the area, as young as 20 years old and as old as 60 years old, to begin making 10 blocks of cement per day for the wall until Party Founding Day.

According to RFA sources, people are outraged, since the government began mobilising women for the project after it fell behind schedule.

“Not only are they mobilising the members of the neighbourhood watch units in the border area, but also members of the Socialist Women’s Union of Korea. They are making cement blocks for wall construction,” a resident of the province, who requested anonymity for security reasons, told RFA’s Korean Service on July 5.

For many families, mobilising married women for long-term tasks could be disastrous.

Men in North Korea's budding market economy labour for a government income that isn't nearly enough to survive on.

In many families, females who do not have formal occupations are forced to run businesses to support their families.