North Korea warns of retaliation in face of US 'military hysteria' 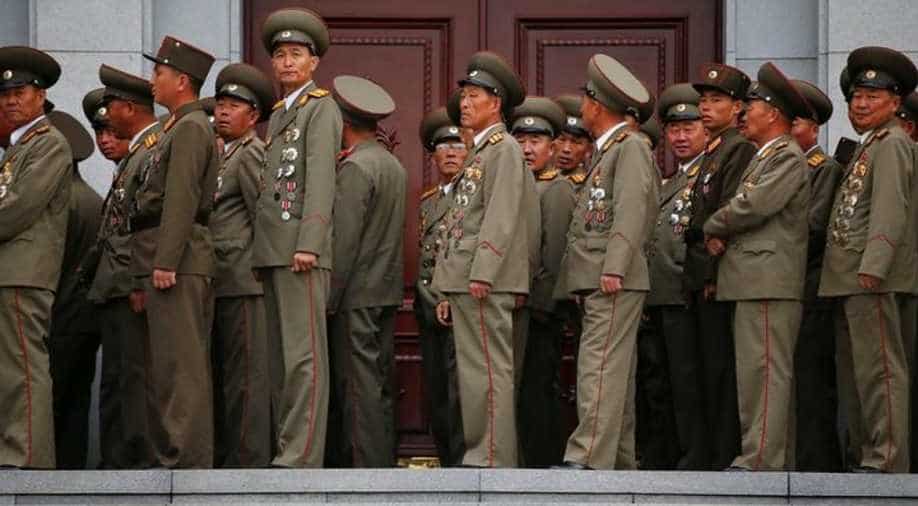 North Korea warned the United States to end its "military hysteria" on Saturday or face retaliation as a US aircraft carrier group steamed towards the region amid fears the North may conduct a sixth nuclear weapons test.

Hundreds of military trucks carrying cheering and singing people headed for a parade marking the 105th anniversary of the birth of the country's founding father, celebrations that coincide with the latest threat by the reclusive state against the United States and President Donald Trump.

Concern has grown since the US Navy fired 59 Tomahawk missiles at a Syrian airfield last week in response to a deadly gas attack. That raised questions about Trump's plans for North Korea, which has conducted missile and nuclear tests in defiance of UN and unilateral sanctions.

"All the brigandish provocative moves of the U.S. in the political, economic and military fields pursuant to its hostile policy toward the DPRK will thoroughly be foiled through the toughest counteraction of the army and people of the DPRK," North Korea's KCNA news agency said, citing a spokesman for the General Staff of the Korean People's Army.

DPRK stands for the official name of North Korea, the Democratic People's Republic of Korea.

"Our toughest counteraction against the US and its vassal forces will be taken in such a merciless manner as not to allow the aggressors to survive."

It said the Trump administration's "serious military hysteria" has reached a "dangerous phase which can no longer be overlooked."

The United States has warned that a policy of "strategic patience" with North Korea is over. US Vice President Mike Pence travels to South Korea on Sunday on a long-planned 10-day trip to Asia.

"We call on all parties to refrain from provoking and threatening each other, whether in words or actions, and not let the situation get to an irreversible and unmanageable stage," Chinese Foreign Minister Wang Yi told reporters in Beijing.

North Korea on Friday denounced the United States for bringing "huge nuclear strategic assets" to the region as the USS Carl Vinson strike group with a flag-ship nuclear-powered aircraft carrier steamed closer, and said it stood ready to strike back.

"The Trump administration, which made a surprise guided cruise-missile strike on Syria on April 6, has entered the path of open threat and blackmail," KCNA quoted the military as saying in a statement.

"The army and people of the DPRK will as ever courageously counter those who encroach upon the dignity and sovereignty of the DPRK and will always mercilessly ravage all provocative options of the US with Korean-style toughest counteraction."

North Korea, still technically at war with the South after their 1950-53 conflict ended in a truce but not a treaty, has on occasion conducted missile or nuclear tests to coincide with big political events and often threatens the United States, South Korea and Japan.

Saturday marks the "Day of the Sun," the 105th anniversary of the birth of state founder Kim Il-sung, the grandfather of current leader Kim Jong-un.