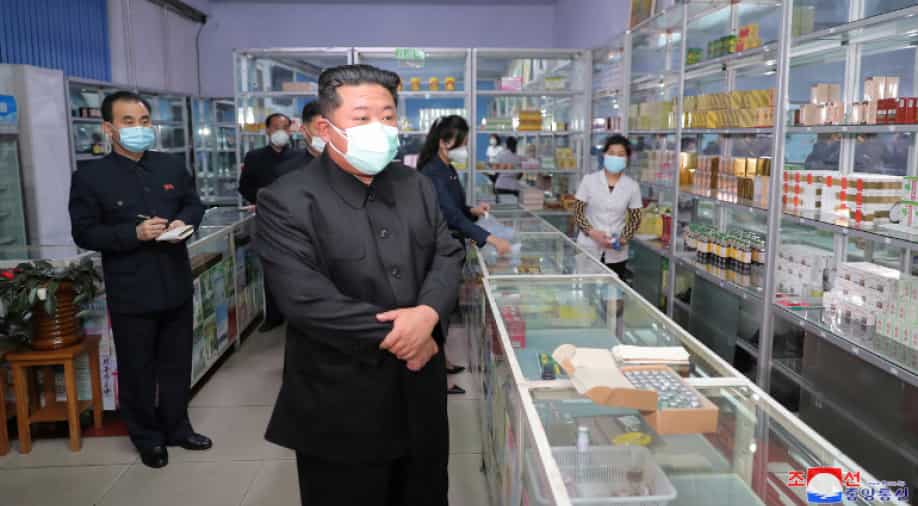 Calling its coronavirus situation ''under control'' North Korea on Tuesday (May 24) said it is witnessing a 'stable' downward trend in cases.

The impoverished country, that did not acknowledge coronavirus as a threat since the beginning of the pandemic in 2019, has one of the world's worst health systems.

On Monday, North Korea reported 167,650 cases of ''unidentified fever'' in comparison to the 390,000 cases recorded a week before.

North Korean leader Kim Jong Un declared that the country had recorded its first coronavirus case on May 12 since which it has reported 2.95 million cases.

KCNA said. "In a few days after the maximum emergency epidemic prevention system was activated, the nation-wide morbidity and mortality rates have drastically decreased and the number of recovered persons increased, resulting in effectively curbing and controlling the spread of the pandemic disease and maintaining the clearly stable situation."

North Korean state media reported that Kim had attended the funeral of Korean People's Army marshal Hyon Chol Hae. In the pictures released by the agency, he could be seen as one of the pallbearers at the state funeral, without wearing a mask.

North Korea, which has a population of 25 million, rejected jabs offered by the World Health Organization and is on the verge of a potential food crisis.

However, it has downplayed the current explosive outbreak of cases and claimed the fatality rate for the "fever" was 0.002 percent.

Kim has not responded to US President Joe Biden and South Korea's offer of Covid-19 vaccines in return for curbing his nuclear programme.