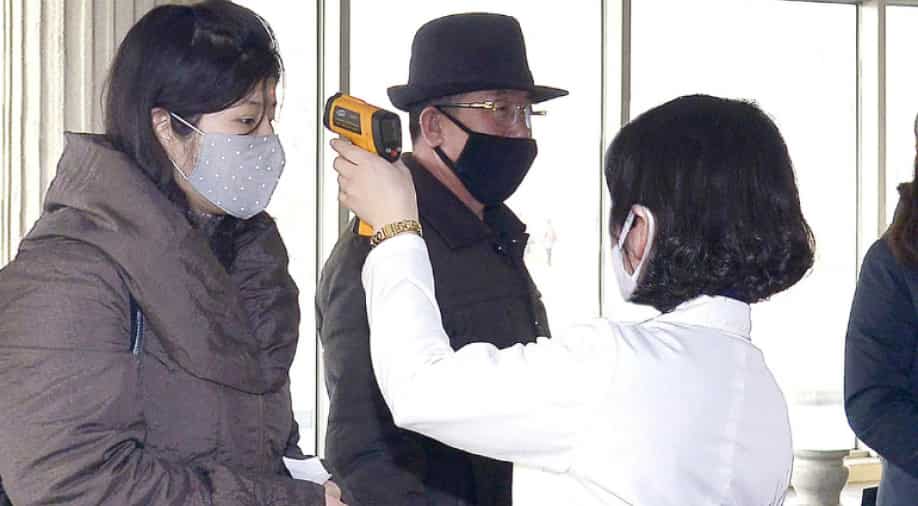 With one of the world's worst healthcare systems, North Korea can be on the edge of potential disaster as it does not have any Covid vaccines, antiviral treatment drugs, or mass-testing capacity

North Korea on Sunday (May 15) reported 15 more deaths from ''unidentified fever'' amid an explosive COVID-19 outbreak in the country.

According to the country's health authorities, a total of 42 people have died four days after a lockdown was imposed in the impoverished country.

"Swift state emergency measures" are being taken to curb the rise in cases reported by state news agency KCNA.

"All provinces, cities, and counties of the country have been totally locked down and working units, production units and residential units closed from each other since the morning of May 12 and strict and intensive examination of all the people is being conducted," it said.

"If we don't lose focus in implementing epidemic policy and maintain strong organisation power and control based on single-minded unity of the party and the people and strengthen our epidemic battle, we can more than overcome the crisis," KCNA quoted him as saying.

Previously, under the COVAX scheme, both China and the World Health Organization (WHO) had offered coronavirus vaccines to North Korea but Pyongyang had turned down the offer.

With one of the world's worst healthcare systems, North Korea can be on the edge of potential disaster as it does not have any Covid vaccines, antiviral treatment drugs, or mass-testing capacity.

It has already reported 820,620 cases within a few days of announcing the outbreak despite activating a "maximum emergency quarantine system" to slow the disease's spread through its unvaccinated population.

In a survey conducted by Johns Hopkins University in 2021, North Korea's healthcare system ranked 193 out of 195 countries.