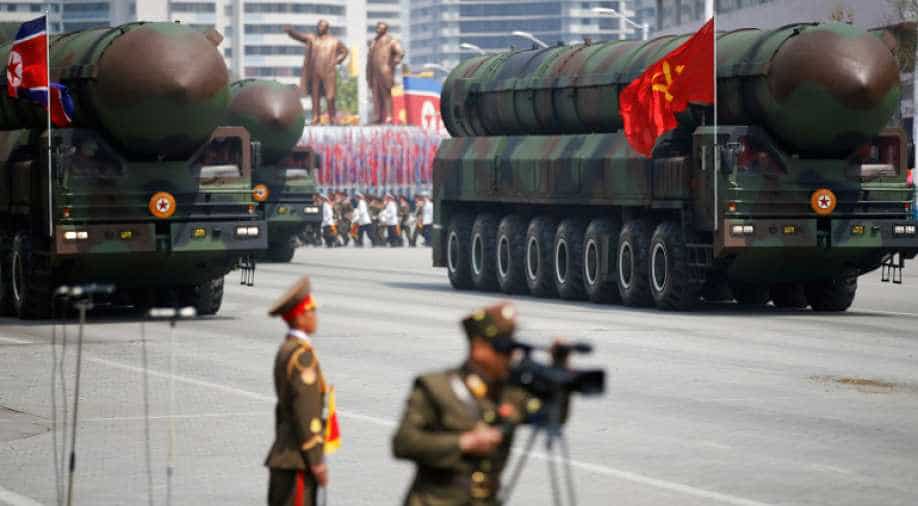 US officials declined to confirm the observations, but Secretary of State Mike Pompeo said in Washington he planned to meet his North Korean negotiating counterpart next week and would speak to him about inspections.

Pompeo said in a radio interview that North Korean leader Kim Jong Un had committed to allowing US inspectors at two "significant" sites when he met him in Pyongyang this month.

"We hope to get them there before too long," he told the Laura Ingraham show. Pompeo did not identify the sites.

The lawmaker added that no major movements had been seen at Yongbyon, the North's main nuclear complex.

North Korea has stopped nuclear and missile tests in the past year, but it did not allow international inspections of its dismantling of Punggye-ri in May, drawing criticism that the action was merely for show and could be reversed.

In September, Kim Jong Un also pledged at a summit with South Korean President Moon Jae-in to close Sohae and allow experts to observe the dismantling of the missile engine-testing site and a launch pad.

At the time, Moon said North Korea agreed to let international inspectors observe a "permanent dismantlement" of key missile facilities, and take further steps, such as closing Yongbyon, in return for reciprocal moves by the United States.

Washington has demanded steps such as a full disclosure of the North’s nuclear and missile facilities, before agreeing to Pyongyang’s key goals.

American officials have been skeptical of Kim's commitment to giving up nuclear weapons, but the North’s pledge at the summit with the South drew an enthusiastic response from President Donald Trump, who met Kim in an unprecedented summit in June and has been keen on a second meeting.

During an inspection of a large construction project at a tourism resort in Wonsan, Kim told workers that such economic projects are a new "decisive battle" for supporting the ruling party and pushing back against international sanctions over the nuclear program, North Korean state media reported on Thursday.

"The hostile forces are foolishly keen on vicious sanctions to stand in our way towards promotion of people`s wellbeing and development and to lead us to change and submission, but they will be made to clearly see over time how our country that has built its strength hundreds of times defying hardship build its own country as a powerful nation by its own strength, technology and efforts," he said on Korean Central News Agency.

Pompeo told Laura Ingraham Washington hoped the second summit would take place early next year "where we can make a substantial breakthrough in taking down the nuclear threat from North Korea."

"There’s a lot of work which remains, and Chairman Kim has made clear to me - just as plain as I’m speaking to you, Laura - that he has the intention to denuclearise and we’ll do everything we can to assist him in following through on that commitment."

Pompeo did not name his counterpart, but Kim Yong Chol, a close aide to Kim Jong Un, has led past negotiating sessions with him.

The State Department declined to provide details, but the meeting is expected to take place in New York.

Earlier this month, the two countries suspended Vigilant Ace, one of several exercises that have been halted to encourage dialogue.

"We are not right now concerned with a loss of combat capability," US Defense Secretary Jim Mattis told reporters after the meeting with his South Korean counterpart.

"Clearly as we go forward, we`ll have to make adaptations to ensure we don't lose that capability. But right now, again this is not a total suspension of all collaboration and military exercises," Mattis added.