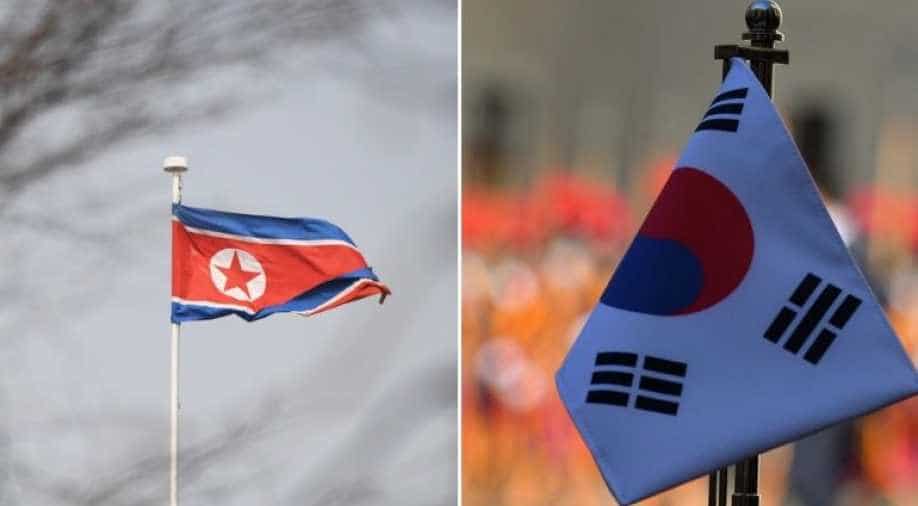 The latest launches were from the Hodo peninsula on North Korea's east coast, the same area from where last week's were conducted, South Korea's Joint Chiefs of Staff (JCS) said in a statement. It said it was monitoring in case of additional launches

The latest launches were from the Hodo peninsula on North Korea's east coast, the same area from where last week's were conducted, South Korea's Joint Chiefs of Staff (JCS) said in a statement. It said it was monitoring in case of additional launches.

The JCS in Seoul said later the North had fired ballistic missiles that flew about 250 km (155 miles). South Korean news agency Yonhap said they appeared to be a different type to previous launches.

Colonel Lee Peters, a spokesman for US military forces in South Korea, said: "We are aware of reports of a missile launch from North Korea and we will continue to monitor the situation."

He did not comment when asked whether the joint South Korea-US drills, scheduled to begin next month, would continue.

Japan's defence ministry said no missiles had reached Japanese territory or its exclusive economic zone, and the launches did not threaten Japan's immediate security.

The White House, the Pentagon and the U.S. State Department did not respond immediately to requests for comment.

Trump and US Secretary of State Mike Pompeo both played down last week's launches and Pompeo has continued to express hope for a diplomatic way forward with North Korea.

Since Trump and Kim's June 30 meeting in the Demilitarized Zone (DMZ) between the two Koreas, Pyongyang has accused Washington of breaking a promise by planning to hold joint military exercises with South Korea next month and warned that these could derail any talks.

North Korea has also warned of a possible end to its freeze on nuclear and long-range missile tests that has been in place since 2017, which Trump has repeatedly upheld as evidence of the success of his engagement with Kim.

A top South Korean official said last month the drills would go ahead as planned but would mainly involve computer simulations and not troops in the field.

A February summit in Vietnam between Trump and Kim collapsed after the two sides failed to reconcile differences between Washington's demands for Pyongyang's complete denuclearisation and North Korean demands for sanctions relief.

Trump reiterated to reporters at the White House earlier on Tuesday that he had a good relationship with Kim, but added: "We'll see what happens. I can't tell you what's going to happen."

On Tuesday, he told reporters travelling with him on a visit to Asia he did not know when this would happen but hoped U.S. Special Representative for North Korea Stephen Biegun and his new counterpart could meet "before too long".

Pompeo and North Korean Foreign Minister Ri Yong Ho had been expected to meet on the sidelines of a Southeast Asian security forum in Bangkok this week but Ri cancelled his trip, a diplomatic source said told Reuters last week.

Pompeo said on Tuesday he did not anticipate that the North Koreans would be in Bangkok but, if they were, he would look forward to a chance to meet Ri.

"We’ll see if they are there and, if they are, I’m confident we will meet," he said.

The NSC official, who was in Asia for unrelated talks, travelled to the DMZ to deliver photographs commemorating the June 30 summit, the senior administration official told reporters.

Harry Kazianis, of Washington's Center for the National Interest think tank, said the latest launches were a clear attempt by North Korea to put pressure on Washington.

"For now, it seems any working-level talks between America and North Korea are on hold until the fall, as the Kim regime won't immediately spring back to diplomacy after this round of tests," he said.

Other analysts have said North Korea will have been emboldened to press more aggressively for US concessions by Trump's apparent eagerness to hold up his engagement with Pyongyang as a foreign policy success ahead of his 2020 reelection bid.