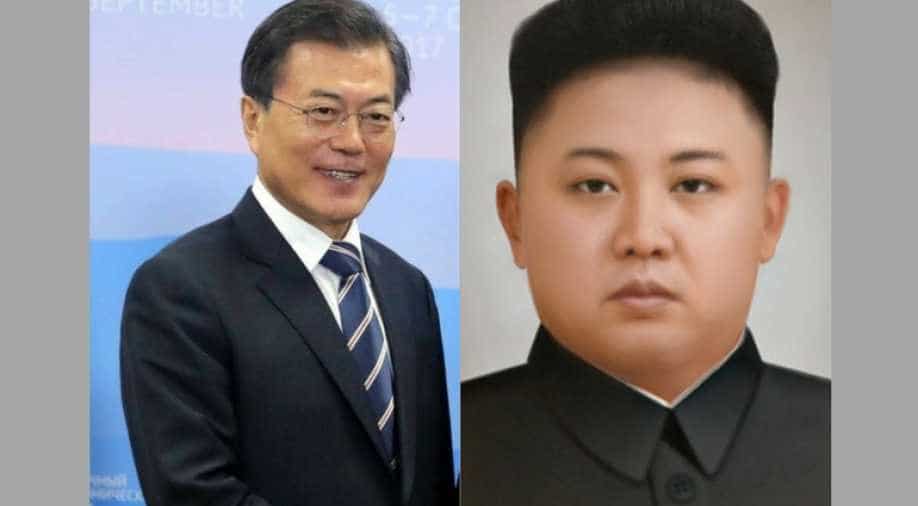 North Korea has broken its silence on the diplomatic thaw with Washington and Seoul, saying it is driving the "peace offensive" and rejecting suggestions that sanctions forced it to the negotiating table.

The commentary from the state-run KCNA news agency came with a rapid rapprochement on the Korean peninsula underway, after a period of heightened tensions stoked by the missile and nuclear tests.

But as diplomats scurry to arrange two proposed summits - North-South talks followed by a face-to-face meet between Donald Trump and Kim Jong Un - the North's silence had raised concerns over its intentions.

The KCNA commentary late Tuesday did not directly mention the summits but noted the "dramatic atmosphere for reconciliation" with the South and "a sign of change" with the US.

It said Pyongyang's overtures came from a position of strength, not from weakness, even as it confronts intense international pressure as well as biting economic sanctions over its nuclear weapons programme.

"The dialogue peace offensive of the DPRK is an expression of self-confidence as it has acquired everything it desires," it said, using the North's official name.

It also slammed hawks in Washington, Seoul and Tokyo for questioning the sincerity and motivation behind the North's willingness to step back from the brink.

"Such rubbish as 'result of sanctions and pressure'... spread by hostile forces is just as meaningless as a dog barking at the moon," it said, urging "prudence" for all parties involved.

"It is really an expression of small-mindedness for the riff-raffs to spoil the atmosphere and say this or that even before the parties concerned are given a chance to study the inner thoughts of the other side and are seated at a negotiating table," it said in typically colourful language.

Since floating the idea for a summit with the US, "the North has been carefully watching how the situation is developing, including the US-South Korea joint military drills, before making it public to the people", Professor Kim Yong-hyun at Dongguk University told.

The South and the US announced Tuesday a plan to resume annual joint military exercises on April 1, with its main drill shortened by a month - in an apparent conciliatory gesture over an event that infuriates the North.

Professor Yang Moo-jin of the University of North Korean Studies said the North also needs time to prepare its people for a drastic policy turnaround toward the United States.

"The North won't confirm the two summits until dates and venues are fixed and it needs to educate its people through party cells slowly for a policy U-turn", Yang said.

The North's state media has not reported any public activities by Kim since March 6, when it said he held talks with South Korean envoys.

Kim learned of South Korean President Moon Jae-in's intention for an inter-Korean summit from the envoys, exchanged views and made a "satisfactory agreement," the North's KCNA said at that time.

Trump's announcement earlier this month that he was willing to meet with the North's young leader - after an invitation conveyed by envoys from the South - has triggered a flurry of diplomatic activity.

The North's foreign minister Ri Yong Ho met his counterpart from Sweden, which represents Washington's interests in North Korea, in Stockholm over the weekend, with reports saying they discussed the release of three Americans detained in the North.

Choe Kang Il, a senior Pyongyang diplomat handling ties with the US, is currently in Finland for discussions with the retired former US ambassador to Seoul, Kathleen Stephens.

Moon on Wednesday said a three-way summit including the two Koreas and the US could be possible, depending on the outcomes of the inter-Korean and US-North Korean summits.

"We must completely resolve the issues of denuclearising the Korean Peninsula and establishing peace", he said.