North Korea can hit most of United States - US officials 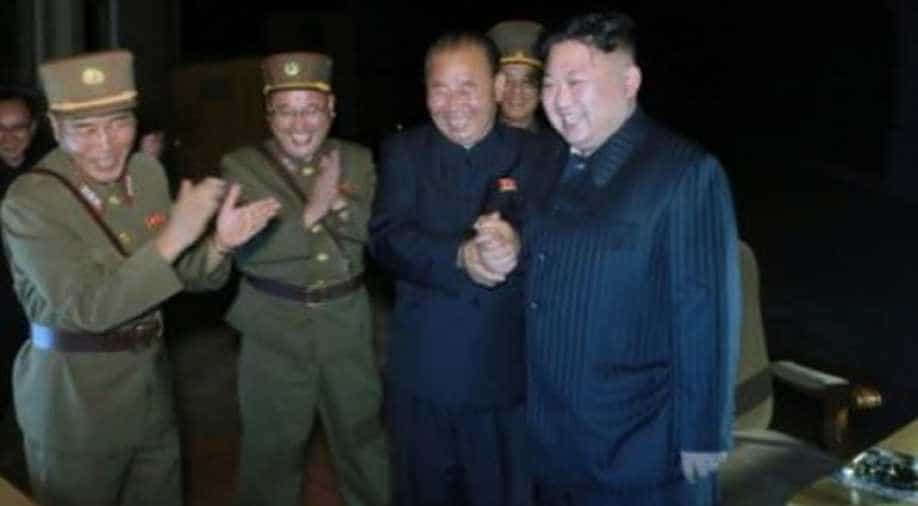 However, two US intelligence officials, speaking on condition of anonymity, said on Monday Kim wants to develop a nuclear-capable ICBM to deter any attack on his country and gain international legitimacy, not to launch an attack on the United States or its allies that he knows would be suicidal.

North Korea's latest test of an intercontinental ballistic missile (ICBM) has shown that Pyongyang now may be able to reach most of the continental United States, two US officials told Reuters on Monday.

The assessment, which the officials discussed on condition of anonymity, underscored the growing threat posed by Pyongyang's nuclear and missile programs, and could add pressure on President Donald Trump's administration to respond.

North Korea said on Saturday it had conducted another successful test of an ICBM that proved its ability to strike America's mainland.

The secretive North's leader, Kim Jong Un, supervised the midnight launch of the missile on Friday night and called it a "stern warning" to the United States that it would not be safe from destruction if it tried to attack, the official KCNA news agency said.

However, two US intelligence officials, speaking on condition of anonymity, said on Monday Kim wants to develop a nuclear-capable ICBM to deter any attack on his country and gain international legitimacy, not to launch an attack on the United States or its allies that he knows would be suicidal.

The Pentagon declined to comment on the US assessment of the missile launch, even as it acknowledged that the latest test represented the longest test flight of any North Korean missile.

"The specifics of our assessment are classified for reasons I hope you understand," Pentagon spokesman Navy Captain Jeff Davis told a news briefing, acknowledging only that the missile could fly at least 5,500 km (3,420 miles), the minimum range for what the Pentagon classifies as an ICBM.

Two separate US officials who discussed the latest test, which lasted about 45 minutes, said it showed greater range than the July 4 ICBM launch, which North Korea said lasted 39 minutes.

One of the officials said it had greater height, range, and power than the previous test because it used force stabilizing engines, which counter the effects of winds and other forces that can knock an ascending rocket off course.

CNN, citing a US defense official, reported later that North Korea had been showing "highly unusual and unprecedented levels" of submarine activity, in addition to its third "ejection test" this month.

The ejection test was carried out on land at Sinpo Naval Shipyard on Sunday, the US defense official told CNN. It gave no other details about the increased submarine activity.

Ejection tests from submarines usually gauge the ability to "cold launch" missiles, when high-pressure steam is used to propel missiles out of launch canisters.

The shipyard is in Sinpo, a port city on the east coast where the North had previously conducted tests of submarine-launched ballistic missiles.

A South Korea defence ministry official told Reuters the military was watching the situation in the North closely but did not provide more information because it was classified.

Japanese Prime Minister Shinzo Abe spoke with Trump on Monday and agreed on the need for more action on North Korea, hours after the US Ambassador to the United Nations said Washington was "done talking about North Korea".

The Pentagon acknowledged military-to-military talks with US allies Japan and South Korea after the test.

Davis said that, while the test missile had a lofted trajectory rather than the more direct one required to reach the United States, the military takes the threat seriously.

"You could have the debate back and forth of whether the capability is proven or not, the fact of the matter is we take it seriously and we are prepared to defend against (it)," he said.

The flight demonstrated successful stage separation, and reliability of the vehicle's control and guidance to allow the warhead to make an atmospheric re-entry under conditions harsher than under a normal long-range trajectory, KCNA said.

Independent weapons experts also said they believed the launch demonstrated many parts of the United States were within range if the missile had been launched at a flattened trajectory.