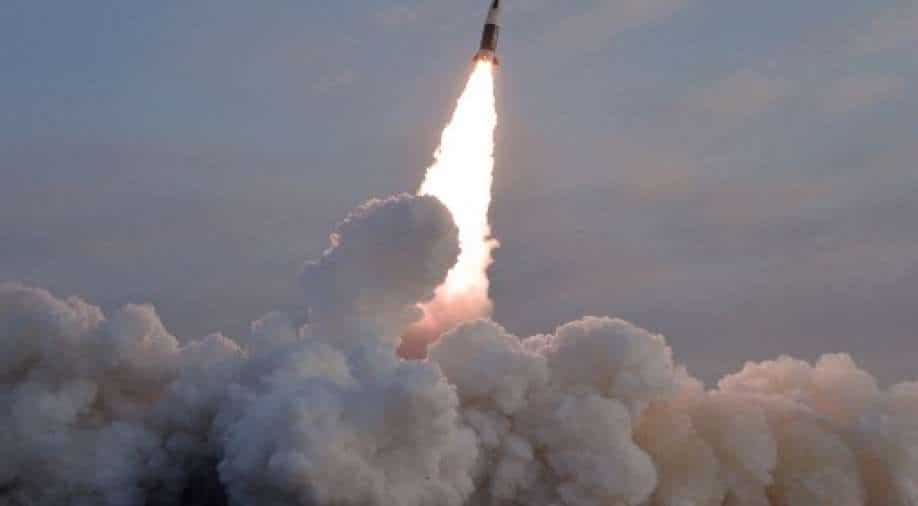 South Korea said its neighbour had fired two suspected ballistic missiles along Hamhung on the east coast of North Korea.

Kim Jong-Un's regime fired another "unidentified projectile" into the East Sea on Thursday.

South Korea said its neighbour had fired two suspected ballistic missiles along Hamhung on the east coast of North Korea.

The United States had imposed sanctions against North Korea amid the missile tests even as the Biden administration said it has "no reservations" in opening talks with North Korea.

The talks between former US President Donald Trump and North Korean leader Kim Jong-Un had collapsed in 2019 over the denuclearisation issue as Kim began to boost his country's missile programme.

Also Read in Pics: How are hypersonic missiles different, is it the new 'wonder weapon'?

North Korea maintains its missile test is being undertaken for "self-defence". The country hasn't tested nuclear weapons for the past five years however it has tested ballistic and hypersonic missiles escalating tensions in the Korean peninsula.

However, the North Korean regime had hinted that it may resume nuclear weapons tests amid mounting tensions in the region in the past three weeks since it tested its missile on January 5.

North Korea is set to mark the 80th birth anniversary of Kim Jong-Un's father late  Kim Jong II next month even as its chief ally China hosts the Winter Olympics.