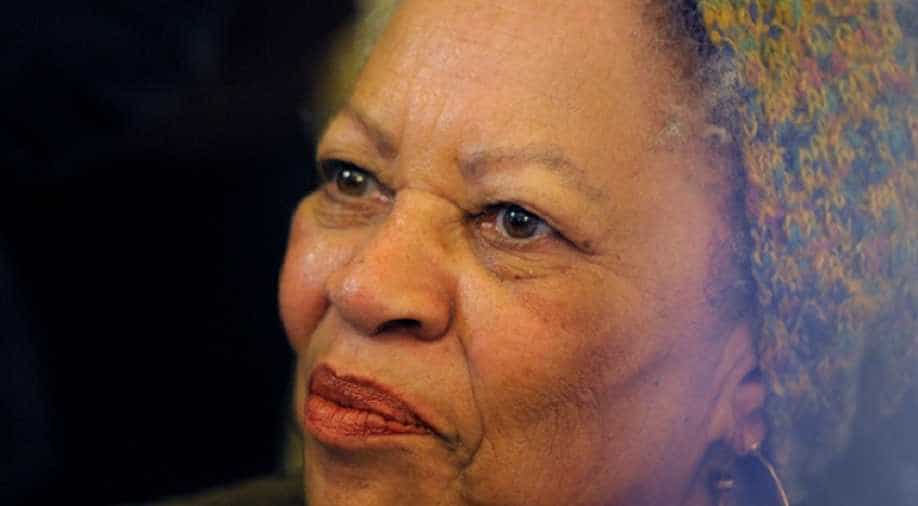 US author Toni Morrison poses after being awarded the Officer de la Legion d'Honneur, the Legion of Honour, France's highest award, during a ceremony at the Culture Ministry in Paris, France November 3, 2010.  Photograph:( Reuters )

Paul Bogaards, a spokesman for the publishing company Alfred A. Knopf, announced the death but did not provide an immediate cause.

Toni Morrison, the first African American woman to win the Nobel Prize for Literature, has died following a brief illness, her family said in a statement Tuesday. She was 88.

"It is with profound sadness we share that, following a short illness, our adored mother and grandmother, Toni Morrison, passed away peacefully last night surrounded by family and friends," they said.

"Although her passing represents a tremendous loss, we are grateful she had a long, well lived life," the statement added, describing her as "the consummate writer who treasured the written word."

Morrison wrote 11 novels, many of them touching on life as a black American, in a glittering literary and award-laden career that lasted over six decades.

She won the Pulitzer Prize and the American Book Award in 1988 for her 1987 novel "Beloved". Set after the American Civil War in the 1860s, the story centered on a slave who escaped Kentucky to the free state of Ohio.

The book was later turned into a film starring Danny Glover and Oprah Winfrey.

Morrison received numerous other accolades including the Nobel Prize for Literature in 1993.

In 1996, she was honored with the National Boo