No food after 8 days of lockdown: Locals in this Chinese city are miserable 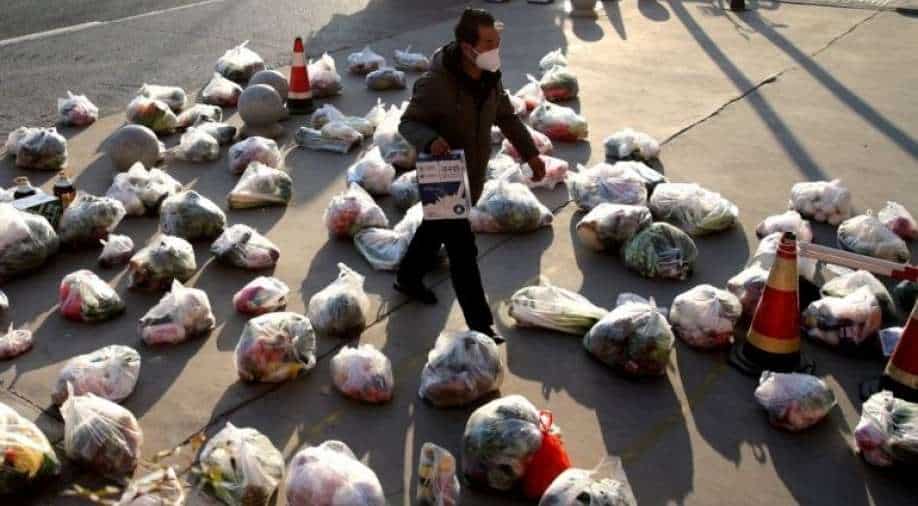 A worker prepares food supplies to be delivered to residents of a residential compound under lockdown, outside the compound following the coronavirus disease (COVID-19) outbreak in Xian, Shaanxi province, China December 29, 2021. Picture taken December 29, 2021. Photograph:( Reuters )

Many residents have been prohibited from leaving their homes unless they are taking COVID-19 tests or attending to essential matters as determined by local authorities.

As the city of Xian in northwest China, with a population of 13 million, enters its eighth day of lockdown in an effort to manage the current cluster of COVID-19 infections, many residents are running out of food.

According to the National Health Commission, 156 new locally transmitted cases were registered nationally on Wednesday, up from 151 the day before.

155 of them were in Xian, while one was in Guangxi's southern region.

On Wednesday, 51 imported cases were discovered in addition to the local transmissions.

Since December 9, 1,117 cases have been reported in Xian, which has a population of 13 million people.

A new round of mass testing began at 10 a.m. on Thursday, and all public activities in the city, which is famous for its Terracotta Warriors, have been prohibited.

At a news conference on Wednesday, Zhang Fenghu, a city government official, said, "Xian has reached a live-or-die stage in its fight against the virus,"

Despite the low case count in Xian compared with many clusters overseas, officials have imposed tough curbs on travel within and out of the city since Dec. 23, as Beijing demands each outbreak be contained quickly.

Many residents have been prohibited from leaving their homes unless they are taking COVID-19 tests or attending to essential matters as determined by local authorities.

These restrictions have limited access to basic necessities, leaving many people reliant on deliveries rather than going out to shop.

According to a Xian government official on Wednesday, the limits have resulted in a staffing shortage at organisations responsible for assuring the supply of basic essentials, and the government is working to resolve the problem.