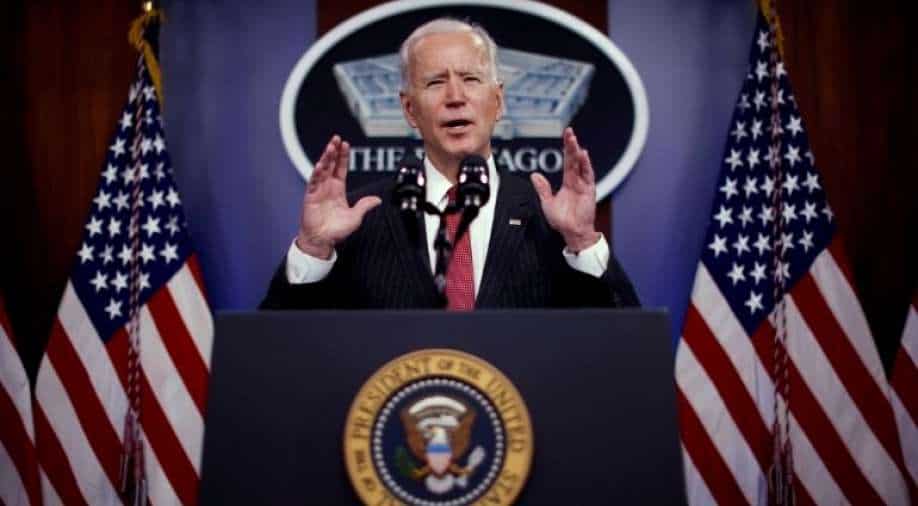 Colonial Pipeline is slowly restoring the fuel supply. On Monday, it said that operations were being "brought back online in a stepwise fashion"

US President Joe Biden said on Monday that there was no evidence of Russian government involvement in a cyberattack that crippled functioning of Colonial pipeline. The company manages huge network of fuel supply within the US.

However, Biden said that there were indications that the ransomware was "in Russia".

"So far there is no evidence based on, from our intelligence people, that Russia is involved," Biden said in the White House.

"Although there is evidence that the actors, ransomware is in Russia. They have some responsibility to deal with this."

Colonial Pipeline is slowly restoring the fuel supply. On Monday, it said that operations were being "brought back online in a stepwise fashion" after Saturday's complete shutdown due to a cyberattack.

The affected pipeline ships gasoline and jet fuel from the Gulf Coast of Texas to the populous East Coast through 5,500 miles (8,850 kilometers) of conduit, serving 50 million consumers.

Just a few days ago Colonial Pipeline operations were crippled due to a cyberattack. It was a ransomware attack. Such an attack encrypts computer systems and seeks to extract payment.

The Federal Bureau of Investigation (FBI) identified DarkSide as the group which produced the ransomware used in the attack.