No cover-up, says Iran as protests rage for third day over Boeing disaster 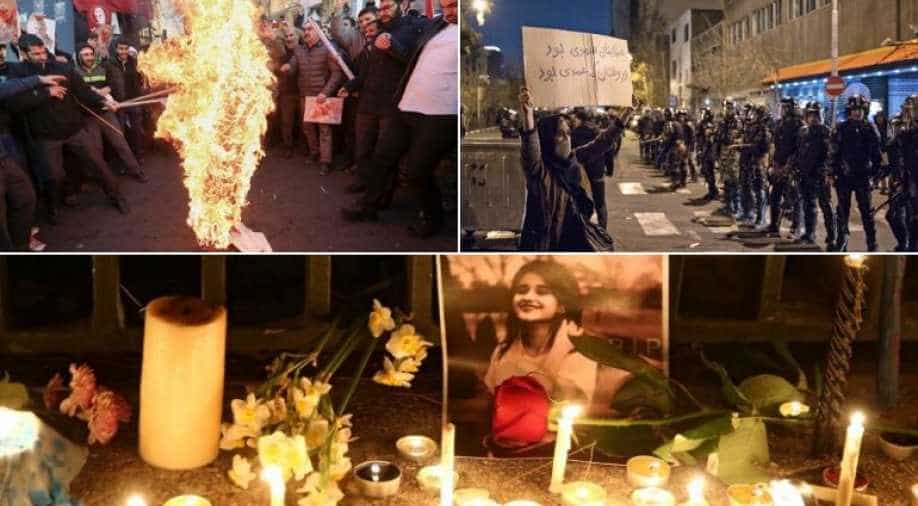 Protesters in Iran chanted slogans against the government after it revealed that the Boeing aircraft was downed by a missile.

Protests in Iran entered the third day today after authorities admitted a missile downed the Ukranian 737 Boeing aircraft on Wednesday.

In Pics: Planes brought down by missiles since 1973

Student protesters chanted anti-government slogans outside universities in Isfahan and Tehran as riot police geared up to stop the demonstrations.

On Sunday,  General Hossein Rahimi had told Iran's state television that police should treat the people who had gathered with "patience and tolerance".

Meanwhile, Britain on Monday summoned the Iranian ambassador to protest against the detention its envoy to Tehran during the weekend calling it an  "unacceptable breach" of diplomatic protocol

Ambassador Rob Macaire was arrested on Saturday after demonstrations broke out in Tehran.

As the protests continued, Iran said there was no "cover-up" after it revealed that its forces had shot down the Boeing 737 airliner in which all 176 people on board died on Wednesday.

Also Read: Iran hints at de-escalating tensions with US

Iran's government spokesman speaking to state media said that "some officials were even accused of lying and a cover-up but, in all honesty, that was not the case."

Protesters in Iran chanted slogans against the government after it revealed that the Boeing aircraft was downed by a missile.

Several paid tributes to the victim's of the crashed plane as angry students openly denounced the government.

Iranian President Hassan Rouhani vowed to bring all persons involved in the air disaster would be brought to justice.

Iran said it had "unintentionally" shot down the Boeing which crashed shortly after it took off from Tehran airport.

In Pics: How Iran protested after Islamic Republic admitted it downed Ukrainian aircraft

Rouhani said he "fully recognises the tragedy that has occurred due to the mistakes of soldiers of this country".

The Ukraine airlines Boeing 737 headed to Ukraine was brought down by a missile even as Iran conducting ballistic missile strikes on US bases in Iraq in retaliation to Soleimani's killing by a US drone strike.

Canadian PM Justin Trudeau said he was "outraged and furious" after Iran said it was responsible for the Boeing crash.

The Canadian prime minister quoting intelligence sources had earlier declared openly that Iran's surface-to-air missile had brought down the plane, a fact which was denied by Iranian authorities only to a make a U-turn later over the weekend.