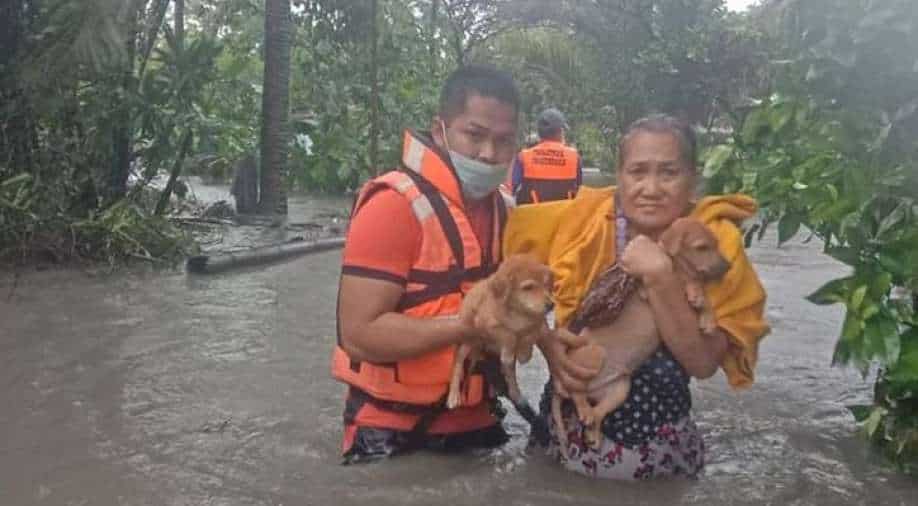 Four people were killed in landslides in the landlocked mountainous province of Benguet, and one person drowned in the coastal province of Cagayan

At least nine people were killed and 11 others were missing after heavy rain across the Philippines flooded villages and triggered landslides, authorities said Tuesday.

Severe Tropical Storm Kompasu drenched swathes of the most populous island of Luzon on Monday as it swept across the archipelago nation towards the South China Sea.

Four people were killed in landslides in the landlocked mountainous province of Benguet, and one person drowned in the coastal province of Cagayan, the national disaster agency said.

Major highways and bridges were flooded, he said, but the water was retreating Tuesday.

The storm intensified the southwest monsoon, sparking a flash flood in a village in the western island province of Palawan, leaving four people dead and the same number missing.

"Around seven to eight barangays (villages) are still flooded due to clogged drainage or lack of drainage," said Earl Timbancaya, a disaster officer in the city of Puerto Princesa on Palawan.

"But it's subsiding now."

The Philippines is hit by an average of 20 storms and typhoons every year, which typically wipe out harvests, homes and infrastructure in already impoverished areas.

Because a warmer atmosphere holds more water, climate change increases the risk and intensity of flooding from extreme rainfall.