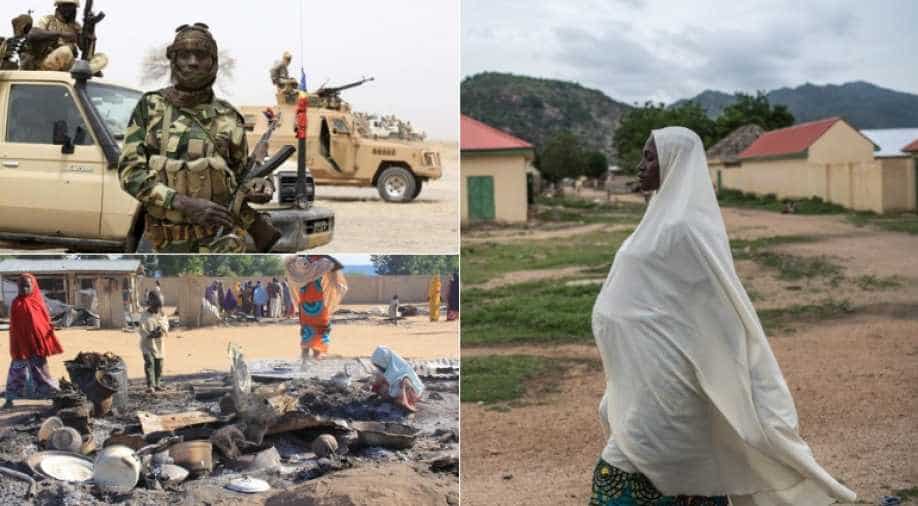 The Boko Haram regards the Nigerian state as being run by non-believers. It is regardless of whether the president is Muslim or not.

A terror outfit raided a school and kidnapped more than 300 students in Nigeria and the boys remain missing for close to a week with the parents left in agony and tears.

It is manufactured victimhood, if it had happened in any other part of the world especially in modern developed society the kidnappings would have become an international crisis.

However, the world is busy with other things.

There have been a few obligatory statements - a few tweets on how saddening the situation is and a few articles on the sequence of events.

The Nigerian government has been missing in action. The government of Muhammadu Buhari has been dragging its feet as 300 schoolboys remain in danger. The fear of parents is not unfounded. The kidnapping is not an isolated incident. In the last 6 years, Boko Haram has carried out more than 15 mass-scale abductions.

Nigeria is Africa's most populous country and one of the continent's leading economic powers. It is divided into 36 states and a federal capital territory - Abuja. There are at least 250 ethnic groups.

The population has been split between the poverty-stricken north which is mainly Muslim and the largely Christian south which is home to Nigeria's oil industry since the early 2000s, the north has been blighted by a violent rebellion waged by the Jihadist terror outfit - Boko Haram.

The insurgency has developed into the world's most brutal conflicts. It has claimed 36,000 lives and displaced more than 2 million people. The Boko Haram was founded in Nigeria's Borno state by self-educated preacher Mohammed Yusuf.

The name "Boko Haram" translates to "western education is sinful" with this motto the outfit promotes a radical version of Islam - a version which makes it "haram" forbidden for Muslims to engage in any activity associated with the western way of life - it includes voting in elections, wearing shirts and trousers and above all receiving a secular education.

The Boko Haram regards the Nigerian state as being run by non-believers. It is regardless of whether the president is Muslim or not. The terror group's sole aim is to establish an Islamic Caliphate run by Sharia laws and oppose the westernisation of Nigerian society.

In 2014, the group kidnapped 276 female students from their boarding school in the state of Chibok. The kidnappings sparked international outrage and resulted in the 2015 defeat of president Jonathan.

The new President Muhammadu Buhari rose to power with a promise to end the insurgency which is far from being fulfilled. Within two years of Buhari's rule, the Boko Haram carried out another mass-scale kidnapping.

In 2018, it abducted more than 110 schoolgirls in the north-east state of Dapchi. The fate of many of the girls remains unknown to this day.

“It’s been years since she’s been in captivity... I have been begging the government not to forget the promises they made to us," Rebecca Sharibu, Leah Sharibu’s mother, said.

Now, more than 300 schoolboys have been kidnapped in Muhammadu Buhari's home state Katsina.

The Nigerian government has once again been caught off-guard. Abuja says it knows where the boys are and is negotiating with the Boko Haram but it hasn't been able to rescue a single student in the last seven days.