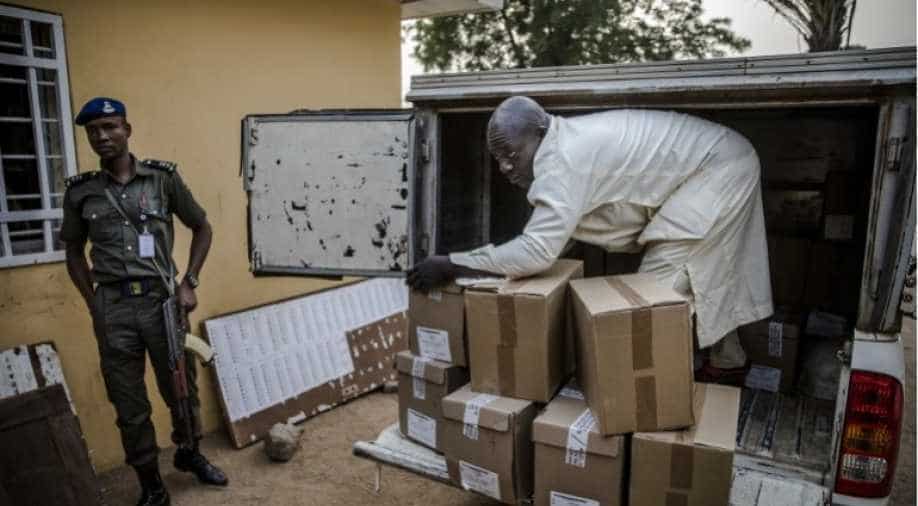 Sources close to the two main parties confirmed to AFP only that a meeting was taking place at the body's headquarters in the capital Abuja.

Nigeria's Independent National Electoral Commission met late on Friday, just hours before polling was due to open in the country's presidential and parliamentary election.

Sources close to the two main parties confirmed to AFP only that a meeting was taking place at the body's headquarters in the capital Abuja.

An AFP correspondent outside the building said there was no access and no immediate comment from the electoral watchdog, which is responsible for organising Saturday's vote.

A record 84 million voters have been registered for the election, at which President Muhammadu Buhari, of the ruling All Progressives Congress (APC), is seeking a second term.

Local media reported that senior officials were discussing apparent logistical challenges, prompting a flurry of speculation that the vote could be postponed.

It quoted multiple unnamed sources as saying there had been difficulties in the distribution of "sensitive electoral materials" in several states.

The commission postponed the last election in 2015 just one week before it was due to take place.

That excuse was dismissed as police and civil defence forces provide election day security, not the military.

Analysts instead saw the postponement as a way for president Goodluck Jonathan to claw back votes in the face of a strong challenge from opposition candidate Buhari.

Buhari and his All Progressives Congress (APC) accused Jonathan and the Peoples Democratic Party (PDP) of trying to scupper the vote.

There have been similar claims from the PDP this time round that the APC is attempting to rig the election, including by buying biometric voter cards.

Three fires have also broken out in three INEC offices in the past two weeks, destroying unclaimed voter cards and other election materials, including smart card readers and ballot boxes.