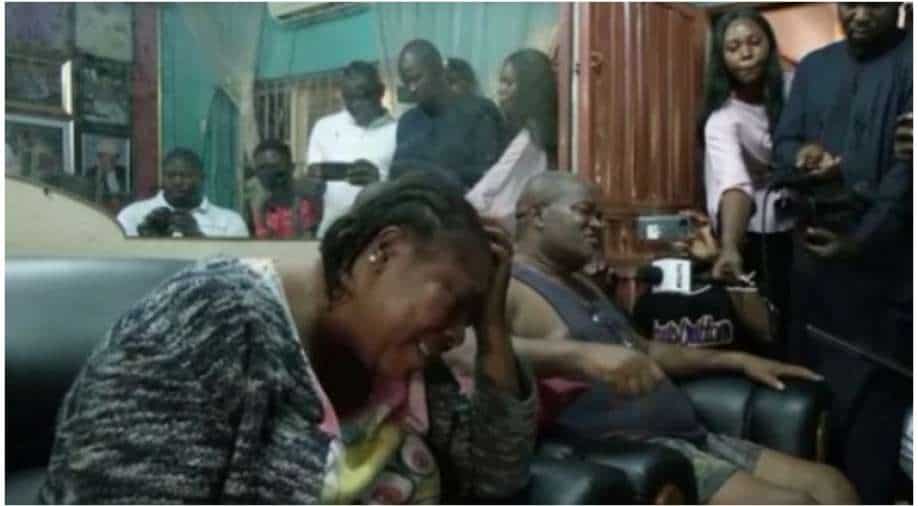 Worried relatives of those kidnapped speaking to media in Nigeria Photograph:( Reuters )

Spate of kidnappings had started in Nigeria from last year. But an attack on a major institution in Nigerian capital is a rare occurence

Gunmen abducted four staff members and their children from University of Abuja on Tuesday. Attack on a large institution in Nigerian capital is a rare occurence in the country.

The spate of kidnappings started last year as gangs of armed men, locally known as bandits carried out series of abductions from schools. They also attacked villages. Most of the incidents took place in the northwest of the country. The kidnappings were carried out for ransom.

There have been kidnappings of individuals on the outskirts of Abuja, but attacks on universities are rare.

"Suspected bandits attacked the staff quarters of the university in the early hours of today. We have report that four of our staff and their children were, nevertheless, abducted," the university said on its Facebook page.

A source at the university told Reuters that one staff member was taken together with his son and daughter.

Nigeria's security forces are stretched on several fronts, including growing lawlessness in the north and northwest and a 12-year Islamist insurgency in the northeast that has killed thousands.