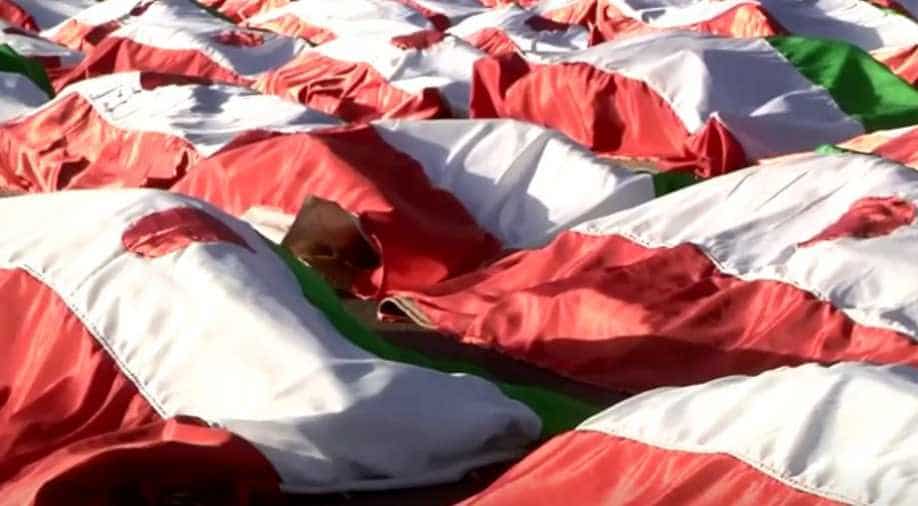 Islamic State West Africa Province (ISWAP) claimed responsibility on Thursday (December 12) for the three-hour assault on the remote base. Twelve soldiers were injured and 30 are still missing, security sources said.

Niger honoured 71 soldiers on Friday (December 13) killed in a mass attack on an army base in Inates, close to the Mali border, on Tuesday night (December 10) during a ceremony at an airbase in the capital Niamey.

Islamic State West Africa Province (ISWAP) claimed responsibility on Thursday (December 12) for the three-hour assault on the remote base. Twelve soldiers were injured and 30 are still missing, security sources said.

It was the deadliest raid against the Nigerian military in living memory and in the same area where Islamic State's West African branch killed nearly 50 Nigerien soldiers in two attacks in May and July.

Niger President Mahamadou Issoufou said at the ceremony that the government would reinforce the country's military capabilities following the attack.

He met with the French chief of staff General Francois Lecointre on Thursday who said he had come on behalf of French President Emmanuel Macron to show solidarity.

Security has deteriorated this year across the Sahel, a semi-arid strip of land beneath the Sahara, amid jihadist attacks and deadly ethnic reprisals between rival farming and herding communities.

The rising body count this year has inflamed popular anger against regional governments and former colonial master France, which has 4,500 troops deployed across the Sahel.

Macron, frustrated by mounting anti-French sentiment, had invited five West African leaders to a meeting next week. There he had planed to ask them to clarify whether they want French troops to remain in their countries.

The meeting angered opponents of the French military presence in Niger and Mali.

Following the Niger attack, the meeting was postponed to next year.