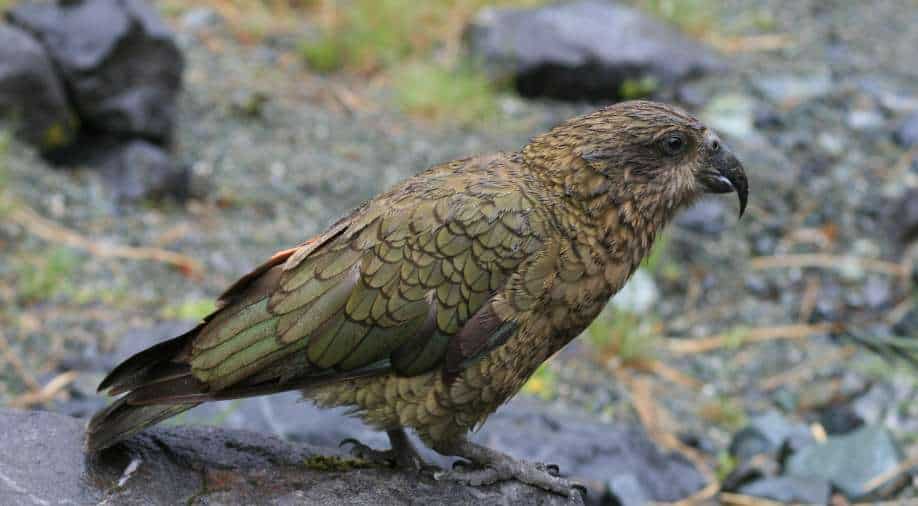 Named New Zealand’s bird of the year in 2017, the kea is the world’s only alpine parrot Photograph:( Twitter )

A new study has found that kea, an endangered New Zealand parrot, was clever enough to use touchscreens, but was unable to rell the difference between real and virtual worlds.

Researchers at the Willowbank Wildlife Reserve in Christchurch taught six keas to operate touchscreens. The birds were shown a series of tasks that were either entirely physical, entirely on-screen or a mixture of both.

Amalia Bastos, a PhD candidate at the University of Auckland and the study’s first author, told the Guardian that while keas were trained to use electronic devices in the past, the research showed virtual tests could be used to study the bird’s natural behaviour in the real world.

“They’re really hard to keep in captivity because they’re so intelligent, so they need to constantly be mentally enriched so that they stay mentally healthy,” said.

This requires zookeepers giving the birds fun games to play, Bastos said, but “they’re very curious and they will very quickly learn that if they spend time around humans, humans are a positive thing”.

Named New Zealand’s bird of the year in 2017, the kea is the world’s only alpine parrot. It is notorious for attacking windscreen wipers and stealing people's valuables.  In one case, the parrot reportedly stole a Scottish man’s passport.

Threats to its survival include lead poisoning from housing finishings and deaths from human interactions.

Bastos said kea bred in captivity and given mental enrichment through screens, without human interaction, might be more suitable for release in the wild. “It’s really important to keep them away from human environments as much as possible,” she said.