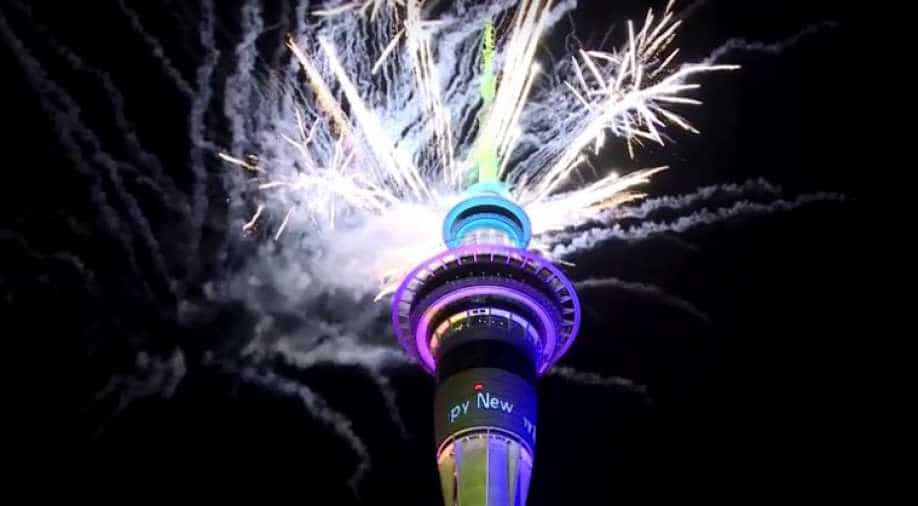 To accompany the fireworks display, a light show was organised on the Auckland Harbour Bridge

New Year celebrations kicked off in New Zealand before the festivities reach the other countries. Always among the first to witness the arrival of a new year, New Zealanders celebrated in their signature style with firework displays erupting from Auckland's 328-metre tall Sky Tower on Wednesday.

The exhilarating view was visible from the waterfront from where the locals and tourists witnessed brightly coloured fireworks and laser lighting hazing the skies over the harbour.

A local broadcaster TVNZ reported that the Sky Tower was adorned with 3,500 effects. Additionally, it required two tonnes of equipment and 14 kilometres of cabling.

To accompany the fireworks display, a light show was organised on the Auckland Harbour Bridge.

Our little Pacific paradise, #NewZealand, is the first major nation to usher in the #NewYear. Great firework display in Auckland! May 2020 be a great year for our great country and may all 5 million Kiwis have good health and happiness.