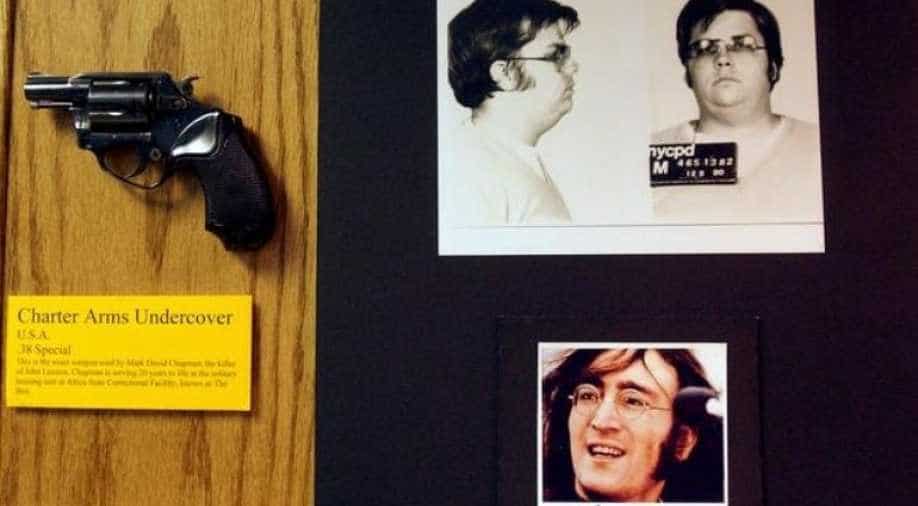 At his previous parole interview in August 2018, Chapman said he was a changed man and a religious Christian who would welcome freedom even though he said he did not deserve it

The man who cut short the life and music of rock superstar John Lennon with a burst of bullets nearly 40 years ago lost his 11th bid to be freed from a sentence that could keep him behind bars for the rest of his life, a New York prison system spokesperson said on Wednesday.

A parole board denied a request for release from Mark David Chapman, who must wait two more years before he becomes eligible again, the state Department of Corrections and Community Supervision spokesperson said.

The rationale behind the decision of the Board of Parole panel members who interviewed Chapman on August 19 at the Wende Correctional Facility near Buffalo, was not immediately disclosed.

Chapman, 65, who has previously said that he long ago stopped being the troubled young man who shot one of the most famous people in the world to gain notoriety, is serving 20 years to life after pleading guilty to second-degree murder.

The assassination-style murder of Lennon, a founder of the Beatles who also had solo hits such as "Imagine" and "(Just Like) Starting Over", stunned the music world, the British-born musician`s adopted home of New York City and a generation that grew up with "Beatlemania."

At 40, Lennon had just emerged from a musical hiatus with the release of his "Double Fantasy" album when he went to a nighttime recording session on December 8, 1980. When he returned to his home on Manhattan`s Upper West Side, Chapman was waiting for him and shot him four times in front of his wife Yoko Ono.

Since 2000, the first year Chapman was eligible for parole, Ono, 87, has steadfastly opposed his release. Her attorney, Jonas Herbsman, said she submitted comments to the parole board, which he would only say are "consistent with the prior letters."

At his previous parole interview in August 2018, Chapman said he was a changed man and a religious Christian who would welcome freedom even though he said he did not deserve it.

A remorseful Chapman, whose 2018 prison photo shows a leaner man than the pudgy 25-year-old who pulled the trigger, remembered being in a “tug of war” with himself over what he was about to do before yielding to the idea of killing for fame.

“I was too far in,” he said in a transcript of the hearing.

Chapman has worked as a porter and wheelchair repairman at the prison hospital and has occasionally been visited by his wife whom he married about 18 months before the murder.