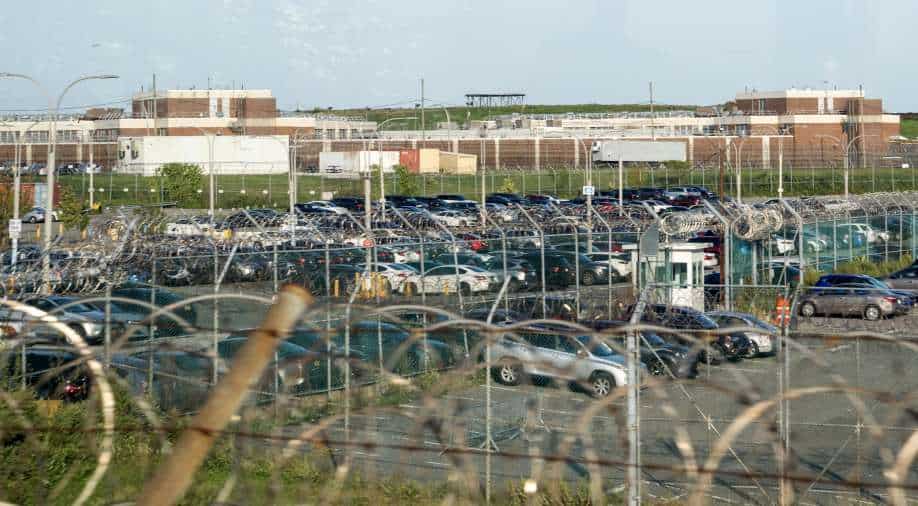 The department started using the tests in January 2019, the report found. The manufacturer’s directions specified that a positive result should be confirmed with a second, more sensitive test, but officials neglected to do so as a matter of policy. Instead, they simply carried out the same test a second time to confirm the results

The arbitrary penalties were meted out across the state over an eight-month period in 2019, while the Department of Corrections and Community Supervision relied on improperly administered drug tests made by the company Microgenics, the report found. The tests led to “rampant false positive” results for buprenorphine, an opioid used to treat addiction, as well as synthetic cannabinoids.

“This stands as a heartbreaking example of how the absence of transparency can undermine due process and basic human rights,” Lucy Lang, the inspector general, said at a news conference Tuesday.

The department started using the tests in January 2019, the report found. The manufacturer’s directions specified that a positive result should be confirmed with a second, more sensitive test, but officials neglected to do so as a matter of policy. Instead, they simply carried out the same test a second time to confirm the results.

The rate of positive tests immediately spiked, but the department failed to address widespread concerns among prisoners, their families and advocates that many of the results were false positives, the report found.

The report cited several examples of the grave consequences the tests had for prisoners. One woman at Albion Correctional Facility, near Rochester, New York, who had never tested positive for drug use during her two years in jail, suddenly tested positive for synthetic cannabinoids.

As punishment, she was confined to her cell for 40 days and placed in solitary confinement for 45 days. She lost her prison job and privileges like recreation time, receipt of packages and phone use for months. She was also denied visits with her three children.

The report also accused Microgenics representatives of presenting false or misleading information to prison officials. A review of internal company documents revealed that even ingesting over-the-counter antacids and the sweetener Stevia could potentially lead to false positives, but the company failed to disclose those possibilities, the report said.

The report faulted department officials for deciding to forgo the second test and found that a sales representative from Microgenics had exerted undue influence over the process.

It also found that the contract with the company most likely violated procurement guidelines and that the department “did not perform due diligence when contracting with Microgenics for its drug-testing systems, failing to understand that such tests were merely preliminary screening tests.”

During the eight-month period, more than 1,600 prisoners were punished over drug tests statewide, including 140 who were subjected to solitary confinement, leading to complaints from inmates across the state, Lang said.

Prisoners’ Legal Services of New York, an advocacy group, brought the concerns of four incarcerated people who said they had been disciplined based on false positives to the department in June 2019. Later that summer, the department sent six positive test samples from other prisoners to another company for retesting, and five came back negative.

The department then brought its findings to the office of the inspector general. It later moved to expunge more than 2,500 disciplinary records that were based on the faulty drug tests.

Karen L. Murtagh, executive director of Prisoners’ Legal Services of New York, said the impact of the penalties was difficult to overstate.

“The psychological and physical damage caused by solitary confinement, the loss of family visitation, the lack of proper programming, lost work-release and educational opportunities, all of which help combat recidivism, adds to the ledger for which we as a society need to take account,” she said.

Bianca Tylek, executive director of Worth Rises, an advocacy group that seeks to dismantle the prison industry, said the report illustrated the problems inherent in allowing private companies to profit from incarceration. She called for further review of prison contracts.

In a statement Tuesday, the department noted that its staff had cooperated with the inspector general’s investigation and adopted all its recommendations, which included ending solitary confinement in response to drug tests and improving drug test training and data collection.

Microgenics is a subsidiary of Thermo Fisher Scientific, a Massachusetts-based company. In a statement Tuesday, Ron O’Brien, a spokesperson for the company, said the instructions clearly state that the drug tests are only preliminary and that a more specific, alternative chemical method must be used to obtain a confirmed result.

“We have complete confidence in our product and, when it is used as directed, have no reason to believe there is any issue with its accuracy,” O’Brien said.

He added that the company had conducted its own investigation and did not believe that any Microgenics representatives provided “any intentionally false or misleading testimony” at disciplinary hearings, as alleged in the report.

The drug tests have spurred several lawsuits, including a federal class-action suit filed by Prisoners’ Legal Services and the law firm Emery Celli Brinckerhoff Abady Ward & Maazel in 2019. The following year, Letitia James, the New York attorney general, filed suit on behalf of the Department of Corrections against Microgenics in Albany, alleging breach of contract. The lawsuit is pending.

The department now uses a preliminary drug-screening test known as the Premier Biotech Bio-Cup, and positive results are confirmed using a second method.

Lang, who was appointed inspector general in the fall, said that more than half the complaints her office receives involve the prison system.

“We are directing resources toward addressing those complaints as proactively as possible,” she said.