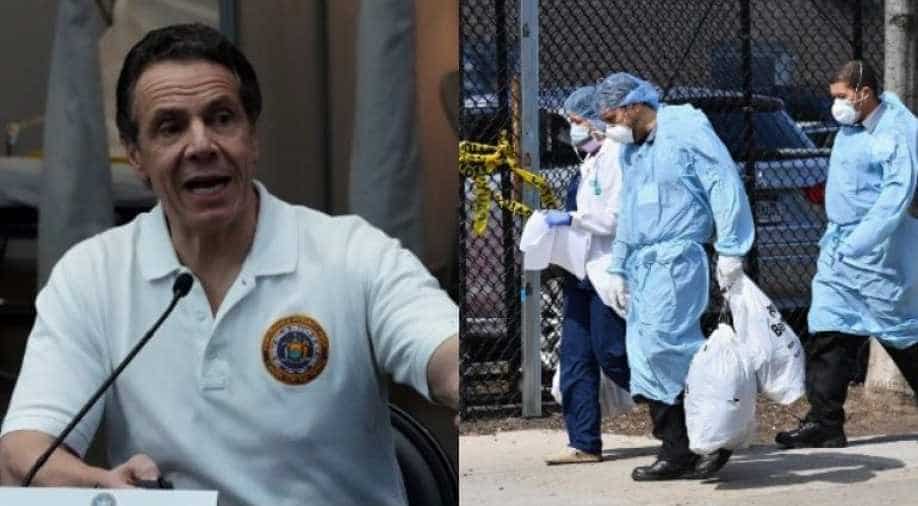 New York which is the epicenter of the virus in the United States has seen over 14,000 deaths devastating the life of the city

New York reported 606 deaths in the last 24 hours as Governor Andrew Cuomo extended the lockdown until May 15.

"I don't want to project beyond that period,"  the New York governor said. "One month is a long time," Cuomo added.

"I would like to see that infection rate get down even more," Cuomo said, adding, "we have to continue what we are doing."

New York which is the epicenter of the virus in the United States has seen 11,586  deaths and half a million infected cases devastating the city even as President Trump said he would unveil plans to reopen the US economy, claiming the country had "passed the peak" of the coronavirus crisis even as the death toll continues to mount across the states.

According to Johns Hopkins coronavirus tracker, the total death toll due the virus has crossed 30,000 in the country with the number of infected cases rising to 640,291 which is the highest in the world.

Governor Andrew Cuomo had earlier said that the state had developed its own antibody test that could help detect those immune to coronavirus.

The governor declared that 2,000 people would be tested a day, while asserting that he had a "blueprint" on testing New Yorkers for the virus.