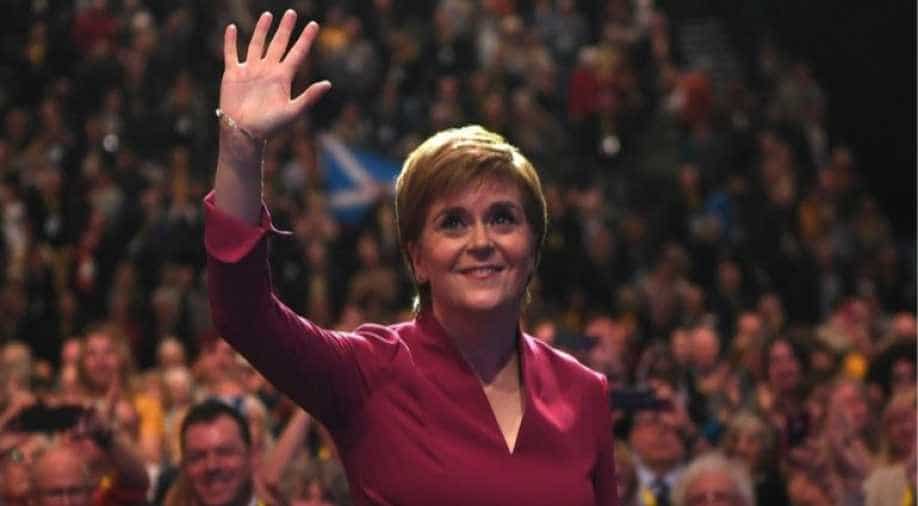 Her Scottish National Party won a landslide north of the border with England in last week's UK-wide election, securing 47 of the 59 seats and nearly half the vote.

Scotland's First Minister Nicola Sturgeon on Thursday outlined plans for a new independence referendum, arguing there was now a clear "constitutional and democratic case" for a fresh vote.

Her Scottish National Party won a landslide north of the border with England in last week's UK-wide election, securing 47 of the 59 seats and nearly half the vote.

That result, and previous SNP majorities at previous general elections in 2015 and 2017, made the case for another referendum "unarguable", she told a news conference in Edinburgh.

Prime Minister Boris Johnson's Conservatives won a sweeping majority countrywide but lost more than half their seats in Scotland after campaigning against a new independence vote.

"Scotland made it very clear last week it does not want a Tory government led by Boris Johnson, taking us out of the European Union," Sturgeon told reporters.

"That is the future we face if we do not have the opportunity to consider the alternative of independence."

Scots voted against independence by 55 percent in 2014 in what was described as a "once-in-a-generation" vote to determine the country's future.

Pro-independence campaigners said they would not seek another vote unless there was a "material change in circumstances" in Scotland's relations with the rest of the United Kingdom.

But with Johnson set to take Britain out of the EU by the end of next month, nationalists say Brexit is that change, as Scots voted by a majority to remain in the bloc in 2016.

The future Scots chose three years ago "is simply no longer available to them", said Sturgeon. "That is not a union worthy of the name and it is not of equals," she added.

She called on the British government in London to transfer powers allowing the devolved administration in Edinburgh to hold the so-called "indyref2".

The first minister has previously said she would request a section 30 order from the British government, allowing her to hold another referendum, before the end of this year.

She has also indicated she wants a referendum in 2020.