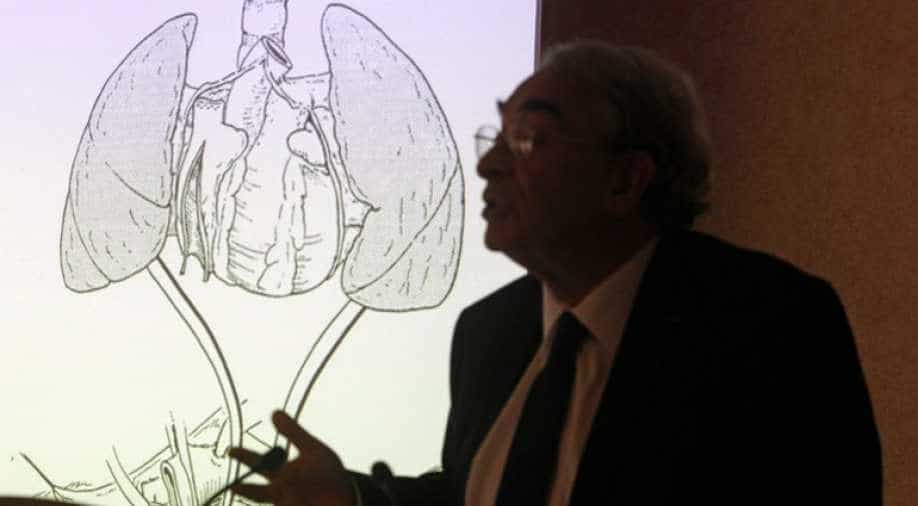 The extra time means more transplants could be performed because organs which were previously too far away could now reach recipients in time, said the study published in The Lancet Respiratory Medicine journal. (Representative Image) Photograph:( AFP )

A new technique could help nearly double the precious few hours surgeons have to carry out lung transplants, raising hopes for saving more lives, said a study released on Friday.

Doctors typically rush to complete a transplant within about six hours of the lungs being taken from a donor, with time being of the essence because the tissue starts to break down.

But the new method, which uses a process called ex-vivo lung perfusion (EVLP), could help keep lungs outside the human body for over 12 hours without significantly harming their eventual recipient's chances of survival.

The extra time means more transplants could be performed because organs which were previously too far away could now reach recipients in time, said the study published in The Lancet Respiratory Medicine journal.

Getting the organs to recipients is the difference between life and death for people on wait lists, and who number about 1,700 in the US and Canada alone.

The process starts with the lungs being taken from a donor and then put on ice immediately. After being moved to the hospital where they are needed, the organs undergo EVLP.

This consists of warming the lungs and continuously pumping a liquid full of oxygen, nutrients and proteins through them, at which point the "paradigm shifts from slowing death to preserving life," the study says.

If the lungs are simply cooled, standard practice calls for the transplant to happen within six to eight hours of being outside the donor's body. But with EVLP, which takes at least four hours, the deadline can be pushed out to over 12 hours.

"At a time when there is a critical shortage of lungs available... combining cold preservation and EVLP will hopefully make a lot more donor lungs available for successful transplantation," wrote lead author Marcelo Cypel, a surgeon at Toronto General Hospital.

The study focused on 906 adults who got lung transplants at Toronto General from 2006-2015, comparing those whose organs did and did not undergo EVLP.

The authors found people who got organs given EVLP and kept outside the human body for more than 12 hours spent a similar amount of time in the hospital as those who did not.

Also, both groups of patients had similar levels of life-threatening complications and survival rates one year after surgery.