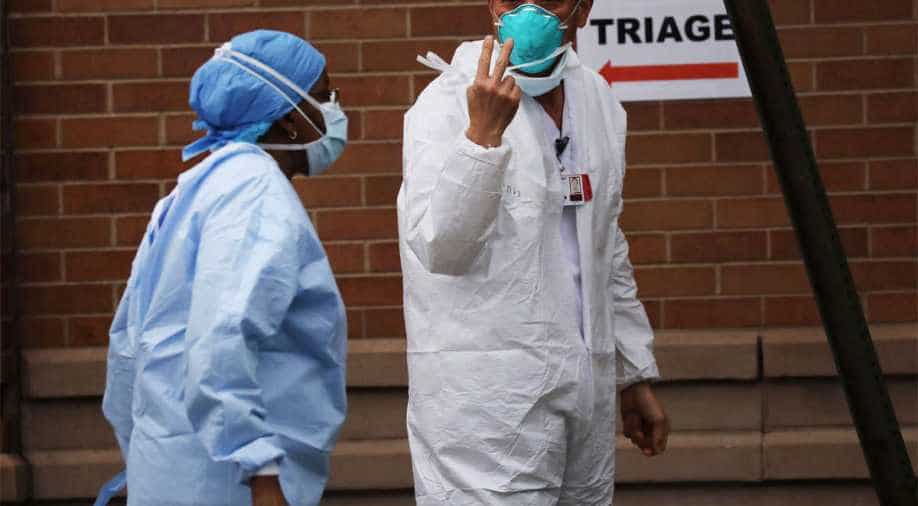 Scientists there believe the variant is more contagious than other previously identified strains of the SAR-CoV-2 variant.

The first known US case of a highly infectious coronavirus variant has been detected in Colorado.

The Rocky Mountain state of Colorado recorded what is believed to be the first case in the United States -- which has suffered the highest death toll of the year-old pandemic that has claimed more than 1.78 million lives globally. Nearly 338,000 people have died of Covid-19 in the US.

Governor Jared Polis Tuesday said his state had discovered a case of the highly infectious coronavirus variant B.1.1.7 first detected in Britain. Scientists there believe the variant is more contagious than other previously identified strains of the SAR-CoV-2 variant.

The new strain, which first emerged in the UK, pushed Britain to a new daily record of infections and led South Africa to impose a raft of new measures, amid fears around the world that holiday revelers are aggravating the spike in infections. It has been detected in a number of European countries, as well as in Canada, Australia, India, South Korea and Japan, among others.

The EU health agency warned the strain carried a high risk for more hospitalizations and deaths -- not because the infections are more severe but because it spreads more easily.

Polis said in a statement the infected patient was a man in his 20s with no recent travel history who is currently in isolation in Denver.

"Public health officials are doing a thorough investigation" and the individual has "no close contacts identified so far," he said, adding that the state has notified the federal government.

Meanwhile, President-elect Joe Biden has warned it could take years for most Americans to be vaccinated for the virus at current distribution rates.

Biden's prediction of a grim winter appeared aimed at lowering public expectations that the pandemic will be over soon after he takes office on January 20, while also sending a message to Congress that his administration will want to significantly increase spending to expedite vaccine distribution, expand testing and provide funding to states to help reopen schools.

Biden, a Democrat, said about 2 million people have been vaccinated, well short of the 20 million that outgoing Republican President Donald Trump had promised by the end of the year. Biden defeated Trump in a November election.

"The effort to distribute and administer the vaccine is not progressing as it should," Biden said in Wilmington, Delaware. At the current rate, "it's going to take years, not months, to vaccinate the American people."

Biden's goal of ensuring that 100 million vaccinations are administered by the end of his 100th day in office would mean "ramping up five to six times the current pace to 1 million shots a day," he said, noting that it would require Congress to approve additional funding.

Even at such an ambitious rate, it would still take months for the majority of Americans to be vaccinated, he said, adding that the situation may not improve until "well into March."

Biden also said he plans to invoke the Defence Production Act, which grants the president the power to expand industrial production of key materials or products for national security or other reasons, to accelerate production of vaccine materials.

Trump himself has invoked the law during the pandemic.

To reopen schools safely, Biden said Congress would need to provide funding for such things as additional transportation, so students can maintain social distancing, and improved ventilation in school buildings.

Earlier in the day, Vice President-elect Kamala Harris received a COVID-19 vaccination live on television in a bid to boost confidence in the inoculation.

Harris, who is Black and Asian American, received the Moderna Inc vaccine at a medical center in predominantly Black southeast Washington. The Biden team has emphasised the importance of inoculation in non-white groups especially hard hit by the coronavirus.

Biden has vowed to make a top priority of fighting the coronavirus, which has infected more than 19 million people in the United States and killed over 334,000. He received his first injected dose last week. Two doses are required for full protection.