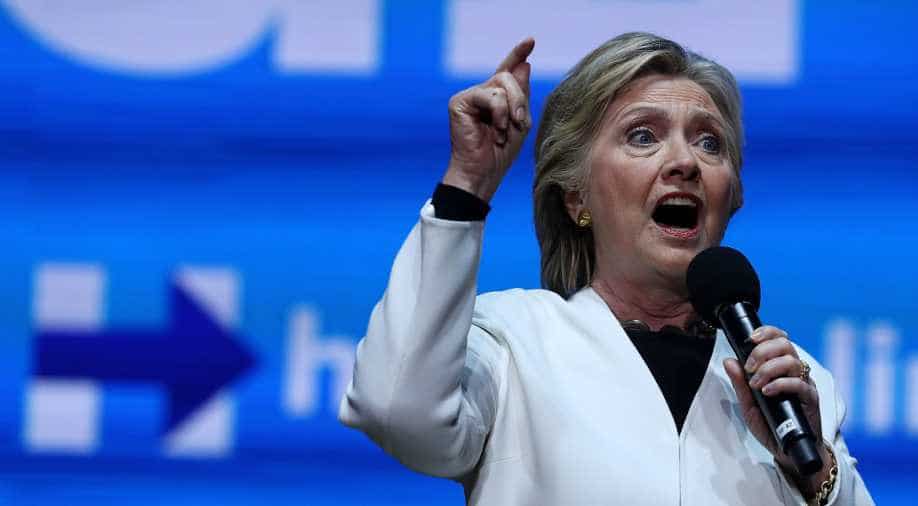 Democratic presidential nominee former Secretary of State Hillary Clinton speaks during a get-out-the-vote concert at the Mann Center for the Performing Arts on November 5, 2016 in Philadelphia, Pennsylvania. Photograph:( Getty )

When Federal Bureau of Investigation (FBI) Director James Comey announced 11 days before the election that the agency would be reviewing a new batch of Democractic presidential nominee Hillary Clinton's emails, many thought the race's momentum had swung towards Trump for good.

For days, the headlines had been about Trump's comments on grabbing women "by the p*ssy", and now they were about Clinton's emails again.

But Comey has written a new letter today, saying unequivocally that the FBI have reviewed "all of the communications that were to or from Hillary Clinton while she was Secretary of State", and that based on this, they have not changed their conclusion from July, which stated that nothing was illegal.

As expected, the review of the additional emails has not changed the FBI's original conclusion. pic.twitter.com/iVMTWRLv4h

Comey was criticised for contravening the Department of Justice's standard policy by commenting on an investigation, seemingly all on his own, so close to the election.

Trump surrogate and former New York City Mayor Rudy Giuliani said, then denied, that he had advanced knowledge that the FBI was reviewing new Clinton emails, which suggested that the FBI was leaking information to him and the Trump campaign.

Whether this Comey letter gets as much prominence in US media is yet to be determined. Also to be determined is whether or not Comey's new letter will undo the damage his old one did to the Clinton campaign.